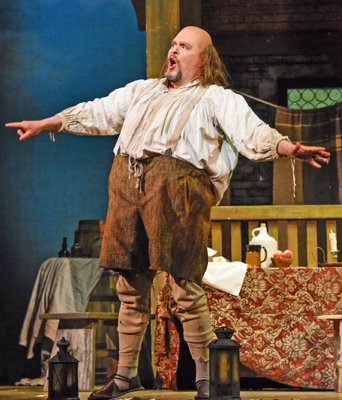 All four of the operas below are part of the core opera repertory, but are performed much less often than the most popular operas.

Ellie Dehn is Arabella, Brian Mulligan is Mandryka, Daniel Johansson is Matteo and Heidi Stober is Zdenka in Tim Albery’s production of Richard Strauss’ “Arabella”, which is a co-production of the Santa Fe Opera, Minnesota Opera and Canadian Opera Company. 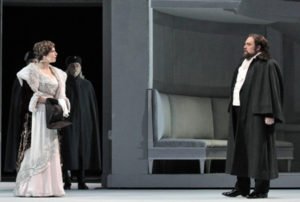 Mark Delavan is Falstaff, Angela Meade is Alice Ford, Quinn Kelsey is Ford, Stephanie Blythe is Dame Quickly and Andrea Silvestrelli is Pistola in a revival of the “Falstaff” production created by the late Lee Blakeley.

[Below: Mark Delavan as Sir John Falstaff; edited image, based on a Karen Almond photograph, courtesy of  The Dallas Opera.] 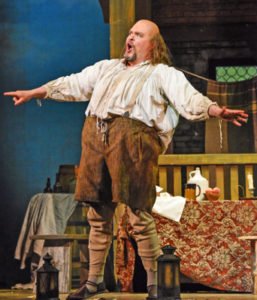 Also in the production are Mocja Erdmann as Nanetta, Megan Marino as Meg Page, Alex Mansoori as Bardolfo, Airam Hernandez as Fenton and Robert Brubaker as Dr Caius. Maestro Ricardo Frizza conducts. Shawn Lucey conducts the revival, whose sets are by Adrian Linford.

Lisette Oropesa is Leila, Ilker Arcayurek is Nadir, Anthony Clark Evans is Zurga and Pobert Pomakov is Nourabad in a revival of the late Lee Blakeley’s production of Bizet’s youthful, beautifully melodic opera “The Pearlfishers”.

[Below: Corinne Winters as Leila; edited image, based on a production photograph, courtesy of the Santa Fe Opera.] 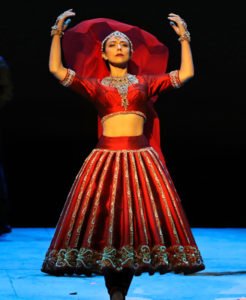 [Below: Janacek specialist Patricia Racette takes on the role of Kostelnicka; edited image, from a YouTube video.] 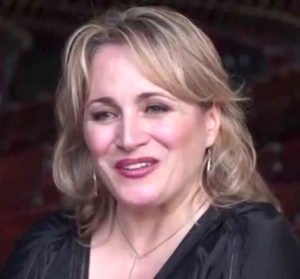 Others in the cast include Richard Smagur (Steva) and Will Liverman (Foreman). Maestro Johannes Debus conducts. The scenic design is by Charles Edwards, the costumes by Jan Morrell.

Mozart’s “Idomeneo” at the Lyric Opera of Chicago; Mozart’s “The Marriage of Figaro” at the San Diego Opera, Mozart’s “La Clemenza di Tito” at the Los Angeles Opera and Mozart’s “Don Giovanni” at the Houston Grand Opera [See In Quest of Mozart Operas (October 2018-April 2019)].