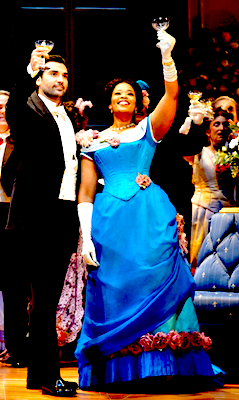 Since the year 2006, I have reviewed each of the opera productions mounted by the San Francisco Opera in the War Memorial Opera House, providing each with a letter grade.

Director Michael Cavanagh created a new production of “Don Giovanni”, the third part of a trilogy of productions of the three Mozart operas with libretti by Lorenzo da Ponte. The setting, a large house that had served as a colonial American estate for “Nozze di Figaro” and a counry club contemporaneous with the Great Gatsby for “Cosi fan Tutte” served as the whereabouts for “Don GIovanni’s” characters in what Cavanagh described as a dystopian future. 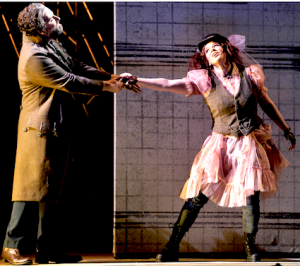 French conductor Bertrand de Billy chose the rarely performed original Prague version of the opera, which is devoid of Don Ottavio’s aria Il mio tesoro, but includes a brief scene in which Zerlina captures and ties up Leporello.

The singing, acting, and staging were uniformly excellent. The encounters between Canadian baritone Etienne Dupuis as Giovanni and Italian baritone Luca Pisaroni as Leporello (Pisaroni’s fourth Mozart role for the San Francisco Opera) were especially noteworthy.

The Dream of the Red Chamber (Sheng and Hwang) Grade A+

The first San Francisco Opera world premiere to be mounted by the company in a subsequent season, Sheng and Hwang’s “The Dream of the Red Chamber” returned to the San Francisco Opera after a successful tour of China. The opera’s story, distilled from the 18th century Chinese epic for which the opera was named, inspired Sheng’s impressive vocal and orchestral music. The elegant, lavishly costumed production is one of the most ambitious endeavors in the opera company’s history.

[Below: A scene from “The Dream of the Red Chamber”; edited image, based on a Cory Weaver photographm courtesy of the San Francisco Opera.] 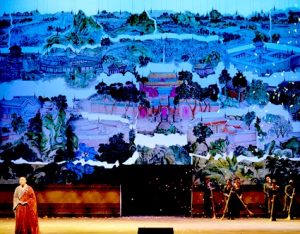 [For my performance review, see: Review: A Pleasing Revival of “Dream of the Red Chamber” at San Francisco Opera, June 14, 2022.]

[Below: Gordon Bittner as Eugene Onegin; edited image, based on a Cory Weaver photograph, courtesy of the San Francisco Opera.] 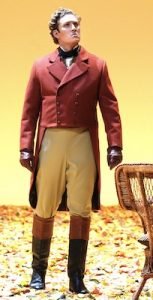 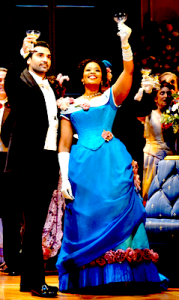 The San Francisco Opera mounted the world premiere of a new opera, based on Shakespeare’s “Antony and Cleopatra”. The opera was the company’s third world premiere of a work composed by John Adams (after “Doctor Atomic” and “The Girls of the Golden West”) and fifth Adams opera it performed. 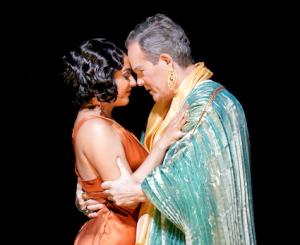 The attractive, well-cast production by director Elkhana Pulitzer emphasized parallels between the consolidation of imperial power by Caesar Augustus and the early 20th century despotism of Benito Mussolini, as part of the production’s obvious anti-fascism message.

Dialogues of the Carmelites (Poulenc)

The San Francisco Opera has had a special relationship with Poulenc’s 1957 opera “Dialogues of the Carmelites”. Mounting it in San Francisco later in the year of its Milanese world premiere, it helped launch the operatic career of Leontyne Price as a Carmelite convent’s prioress.

The opera centers on a community of faith who accepted religious martyrdom in the social upheaval of the French Revolution. Its central figure is the religious Blanche de la Fort, who, although from an aristocratic family, is drawn to the discipline of the Carmelite order.

[Below: the Carmelite nuns come to the aid of the Chaplain (Brenton Ryan, right front center) , a victim of Revolutionary mobs; edited image, based on a Cory Weaver photograph, courtesy of the San Francisco Opera.] 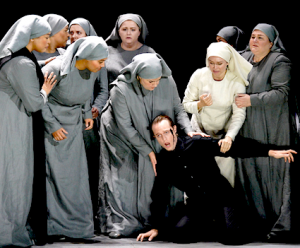 Director Matthew Ozawa and his creative team conceived a new production Gluck’s “Orfeo ed Euridice”, an opera rarely performed by the San Francicso Opera during its first century, The production found parallels with the ancient Greek Orpheus story and Swiss pyschiatrist Doctor Kübler-Ross’ “stages of grief”. Such a theme for “Orfeo” seemed appropriate to Ozawa’s team in the aftermath of the Covid-19 pandemic’s disastrous impact.

The presence of debuting Polish countertenor Jacub Józef Orlinski, who is renown for his acrobatic dancing, and Gluck’s incorporation of abundant dance music in his opera, provided the elements for Ozawa to conceptualize a dazzling reinterpretation of Gluck’s ideas.

[Below: Jacub Józef Orlinski (center) as Orfeo; edited image, based on a Cory Weaver photograph, courtesy of the San Francisco Opera.] 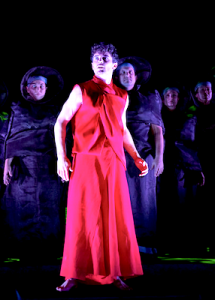 Orlinski’s vocal performance was hauntingly beautiful, and his dancing, which included a leap into the air and a one-armed handstand, was memorable. Chinese soprano Meiguin Zhang (Euridice) and Texas mezzo-soprano Nicole Heaston (Anor) were impressive as the opera’s two other pincipal singers, Irish baroque specialist Maestro Peter Whelan presided over the San Francisco Opera Orchestra. The San Franicsco Opera Chorus and Dancers added to the lively stagecraft.

These are the operas performed (and my grades) in the San Francisco Opera seasons of calendar years 2006 through 2021: