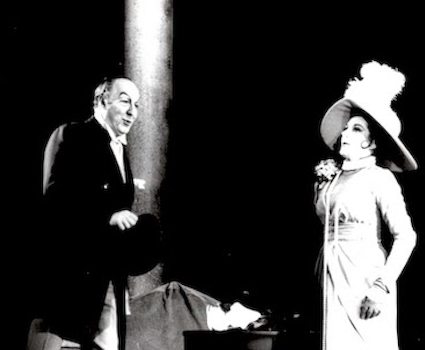 Note from William: This post continues my series of observances of historic performances that I attended at San Francisco Opera during the general directorship of Kurt Herbert Adler. This is the twelfth of fourteen such observances of performances from the company’s 1966 Fall season.

The opera’s story is about Elina Makropulos, who was born in late 16th century Crete. Elina was the daughter of an alchemist who, at his emperor’s command, created a formula for extending human life by 300 years. The suspicious emperor forced the alchemist to test it on Elina, who (unfortunately for the alchemist) fell into a coma. She eventually recovered and subsequently has lived for the 300 years expected of one dose of the formula. She is desperate to get hold of a document containing the formula that would extend her immortality further.

Australian soprano Marie Collier’s reputation was built on her dramatic soprano voice and her persuasive acting. The role of Emilia Marty (the name Elina has chosen for her current existence) dominates “Vec Makropulos”. Collier’s brilliant performance obviously connected with the San Francisco audience, which is precisely what the company wants to happen when an unfamiliar, but significant, opera is being introduced to the company’s repertory. 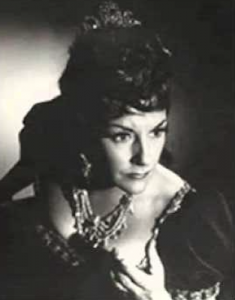 Although Collier had been present for three San Francisco Opera seasons, she sang, except for one student matinee, a total of only 14 performances at the War Memorial Opera House and an additional seven performances in the company’s two (1964 and 1965) final Southern California tours to Los Angeles and San Diego.

Cheter Ludgin, who had been a mainstay of the San Francisco Opera’s 1965 and 1966 Fall seasons, brought his dramatic baritone to the role of Baron Jaroslav Prus. One of the litigants in the Gregor vs Prus lawsuit that had remained unresolved over an extraordinarily long time, Prus found Emilia Marty attractive. He was disappointed, after providing her a service in exchange for sex, to have found sexual contact with her to have been cold and lifeless. 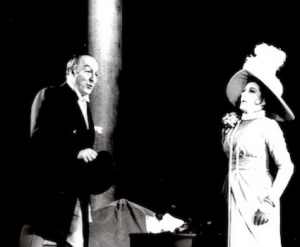 Ludgin had been associated with new American operatic works, including creating the lead role of John Proctor in Ward’s “The Crucible” at the New York City Opera in 1961. During the past two San Francisco Opera seasons San Francisco Opera audiences had ample opportunities to gauge Ludgin’s vocal skill and acting ability in core repertory roles.

Ludgin’s Baron Prus was yet another example of Ludgin’s dramatic range.

Prus’ legal adversary, Gregor, was performed by Australian tenor Gregory Dempsey, whom I had previously known only by reputation. I found Dempsey’s solid performance intriguing, and hoped that I would be able to see him in other roles of the tenor repertory. He did return to the San Francisco Opera four sesasons later as Tom Rakewell in the company’s premiere of Stravinsky’s “The Rake’s Progress”, which I did attend, but I never saw him perform anything else.

[Below: Gregor (Gregory Dempsey, left) shows an interest in Christina (Carol Todd, right); edited image, based on a production photograph, courtesy of the San Francisco Opera] 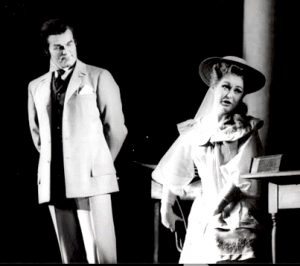 American soprano Carol Todd played the part of the aspiring opera singer Christina. Todd has joined the San Francisco Opera in its Fall 1962 season and for the next several season had a variety of comprimario roles. By mid-decade she was taking on major roles in Spring Opera Theater (SPOT) [See Historical Performances: “Il Trovatore” with dal Ponte, Todd, Allen and Boatwright – San Francisco Spring Opera Theater, June 20, 1966].

It is the character of Christina who brings to an end any person’s hope of securing the formula for an multi-century expansion of a human lifetime. When Emilia Marty decides she no longer wishes to extend her life, and offers the formula to Christina, it is Christina who destroys the formula by setting it aflame in a candle. 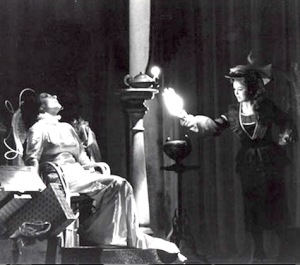 Between 1957 and 1971, tenor Howard Fried was a highly visible member of the company, appearing in many of the “character” tenor (and, occasionally, baritone) roles. As Hauk-Sendorf, he played an older man who had romanced Elina when he was young.

[Below: Baron Hauk-Sendorf (Howard Fried, right) seeks to rekindle an affair of his youth with Elina Makropulos; edited image. based on a production photograph, courtesy of the San Francisco Opera Archives.] 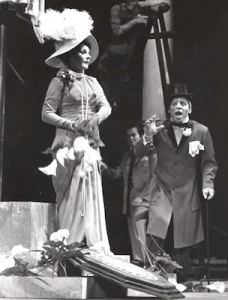 Others in the cast were Robert Glover as Vitek, Leon Lishner as Dr Kolenaty, Carol Kirkpatrick as the Charwoman, David Giosso as the Stagehand, David Thaw as Janek and Gwen Curatilo as the Chambermaid.

Maestro Jascha Horenstein’s lifetime performances at the San Francisco Opera consisted of only a half a dozen perfromances in 1966, divided between Mozart’s “Marriage of Figaro” and “Vec Makropulos”. Although Horenstein studied with Maestro Charles Mackerras, the world-renown Janacek expert (who was unable to be in San Francisco for the “Makropulos” performances, my friend (and contributor to this website) Arthur Bloomfield, in his massive history of San Franciso Opera performances, was highly critical of Horenstein’s understanding of Janacek’s orchestral music.

German director Paul Hager, now over half-way through the 20 seasons he would spend at the San Francisco Opera, staged another work being introduced to San Francisco Opera audiences (often the American or North American premieres). Earlier stagings included the “Katerina Ismailova” referenced above.

[Below: Leni Bauer Ecsy sets for “Vec Makropulos“; edited image, based on a production photograph, courtesy of the San Francisco Opera Archives 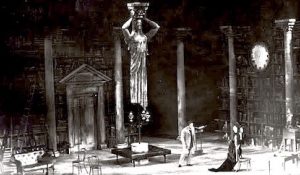 Although only my first experience in attending a Janacek Opera, I was immediately impressed by Janacek’s story-telling and, especially, by his lushly melodic compositional style. I have since seen four of his operas, including “Jenufa”, “Katya Kabanova” and “Cunning Little Vixen” each one at San Francisco Opera and at least one other opera company. I confess to having become a Janacek aficionado.

I would be returning to the War Memorial Opera House a few hours later for the Sunday matinee performance of a very different opera – Verdi’s “Falstaff”.