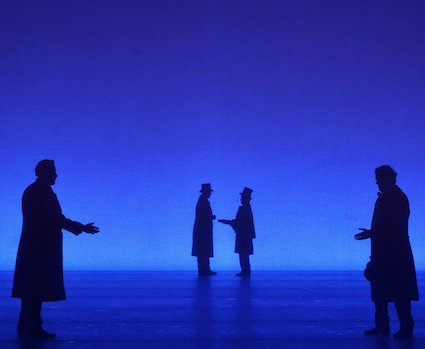 A planned in-theater world premiere for Clint Borzoni’s opera “The Copper Queen” (libretto by John de los Santos) had to be cancelled because of the Covid-19 epidemic. A decision was made to film the opera and open the Arizona Opera’s 2021-22 season with a week of showings of the film at various movie theaters and venues throughout Arizona.

“The Copper Queen” takes place in 2010 in a particular room (#315) of an old Bisbee, Arizona hotel, considered “haunted” because it was the place that a sex worker (Julia) was murdered a century prior. Addison, the room’s 21st century hotel guest, although at first skeptical of “ghost stories”, becomes absorbed in Julia’s fate, as the opera’s action alternates between 2010 and 1910.

[Below: the Arizona Opera’s promotional poster for “The Copper Queen”.] 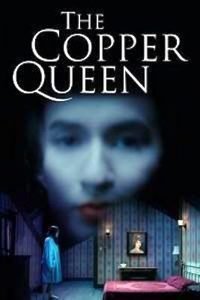 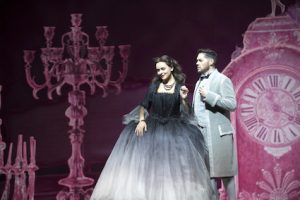 Maestro Roberto Abbado conducts. The production and costumes are by Pelly, the sets by his collaborator Chantal Thomas .

Director Michael Cavanagh has conceived a trilogy of productions of the three operas that Mozart composed on libretti by Lorenzo da Ponte, each opera taking place in the same house but at different points in time. “Don Giovanni” is the third of the trilogy and takes place in the future. 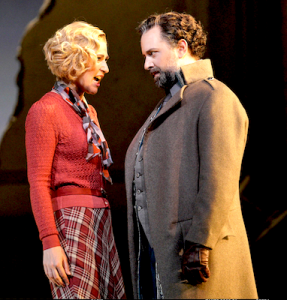 [Below: Photo: Vladimir Lensky (Evan LeRoy Johnson, front left) and Eugene Onegin (Gordon Bittner, front right) have arrived for their duel, whose details are being discussed by their seconds (back, center); edited image, based on a Cory Weaver photograph, courtesy of the San Francisco Opera.] 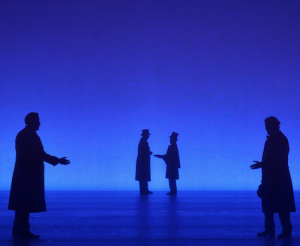 This list is supplementary to previous lists in this “Quests and Anticipations” series of selected operas being performed through November, 2021: