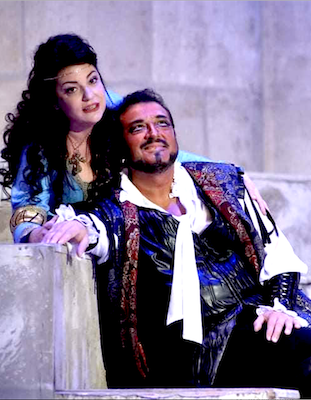 I created the operawarhorses.com website in 2005, centering around my reviews of live opera performance and notes on historical performances I had attended in past decades. At the beginning of 2006, when Houston Grand Opera’s General Director David Gockley assumed the general directorship of the San Francisco Opera, I decided that at the end of each calendar year I would post a commentary that summarized my reviews of each of that year’s San Francisco Opera’s opera productions.

At the end of each of the 14 calendar years since 2006, I have produced a commentary regarding at least one performance of every opera offered covering all the years of the Gockley administration and the first years of the San Francisco Opera general directorship of his successor, Matthew Shilvock. I will not do such a commentary for 2020, because every one of the three scheduled summer season and five fall season operas were cancelled as a result of the worldwide Covid-19 pandemic.

The year 2020 began normally for me. In January attended and reviewed both performance casts of Tchaikovsky’s “Eugene Onegin” at the Seattle Opera and visited the Houston Grand Opera for Donizetti’s “La Favorite”. In February I twice traveled to Southern California for Los Angeles Opera productions of Donizetti’s “Roberto Devereux” and the world premiere of Aucoin’s “Eurydice”.

I was aware of the emerging virus since I personally knew a Texas couple on a Asian cruise who were being denied entry to their scheduled ports of call because of reported infections on their cruise ship.

In early March, traveling to Florida for the four operas of the Sarasota Opera’s winter season, I was observing the public health recommendations of the time – avoiding hugs and hand shakes, carrying disinfectants – but I did not expect that the fourth opera of the Sarasota season – Catalani’s too rarely performed “La Wally” – would be the last opera I would see in 2020. (Just after I left Sarasota, the opera company canceled the remainder of its season.

[Below: La Wally (Caitlin Crabell) loses her lover to an avalanche in the 2020 Sarasota Opera production of Catalani’s “La Wally”; edited image, based on a Rod Millington photograph, courtesy of the Sarasota Opera.]

Soon the seriousness of the epidemic throughout the world, and especially in the United States, became evident and live opera performance in the major opera houses became an early casualty. Cancellations began to be announced of all the performances I was scheduled to review – Sir David Pountney’s production of the four operas of Wagner’s “Ring of the Nibelung” at the Lyric Opera of Chicago, the Summer seasons of the San Francisco Opera, Santa Fe Opera and the Glimmerglass (New York) Festival and most every opera company’s Fall 2020 season. Even my commitments to review productions that had seemed comfortably scheduled into April 2021 and are not yet officially canceled are soon expected to be.

There have been some innovative attempts to keep opera performances going, in Europe and elsewhere, and green shoots of alternatives to crowded audiences attending live opera performances have been experimented with. The arrival of vaccines, accurate tests, and accompanying therapies leads me to hope that at some point in 2021, we can resume more normal patterns of producing and consuming live opera.

But it is sobering to think of opera performance as incompatible with viral pandemics of maladies that are accelerated by discharges from the lungs of human beings who, though asymptomatic, have the virus. There have been experiments in Spain and elsewhere in which social distancing has been of the operatic principals, chorus members and orchestras (whose horns and woodwinds require special attention).

But other companies have attempted to perform operas in the traditional ways. The dangers that appear to me to exist in the strategy were made starkly evident to me when I learned of the death of a tenor, whose singing I have admired in both Berlin and the Kennedy Center – Bulgarian tenor Kamen Chanev.

On the sixth day of November 2020, Bulgarian spinto tenor Kamen Chanev performed the title role of Verdi’s “Otello” in Central Bulgaria’s National Opera Stara Zajora Theatre. The photo below with his Desdemona, soprano Tanya Ivanova, is the love scene from that performance, and a YouTube video provided by Ivanova, is testament to the vibrancy and maturity of Chanev’s vocal prowess in singing Verdi.

“Yesterday they took him from his regular room to the ICU and intubated him. His vitals were bad. During the night his heart stopped twice, but they revived him. Today at noon he passed. I’m extremely sad! What a loss! He just debuted in Otello on November 6th. Other singers and staff from that production are also with COVID but they are recuperating okay. Kamen alas didn’t make it.”

Of the Deutche Oper’s “Maskenball” I wrote: “Chanev, who is known in the United States to opera audiences in Atlanta and Philadelpha, has an expressive, full-bodied spinto voice, with the weight to take on much heavier Verdian tenor roles.”

Of Pascoe’s WNO “Manon Lescaut”, I wrote: ““Although I had seen Bulgarian tenor Kamen Chanev earlier in Berlin in the not quite as heavy role of Riccardo . . . and had high expectations of his Des Grieux, they were handily exceeded by a memorably dramatic performance. Chanev’s large voice blended well with [Patricia] Racette’s [Desdemona], notably in the duet of reconciliation that occurs in the latter part of the second act . . .There has been an observable shortage of tenors with the right voices for these roles, but Chanev, yet another of the artists hailing from the lightly populated Balkan country of Bulgaria, is an admirable Des Grieux.”

When I heard of Kamen’s death, I contacted John Pascoe at his residence in Italy. He replied:

“I was horrified to hear that the operatic world had lost Kamen. He was an extraordinary colleague, always sympathetic and patient with his colleagues and above all wanted to be better at whatever aspect of his art was being discussed.

“While he did not initially in rehearsal always seem to be a natural performer, once he was on stage he thrilled everyone through his passionate involvement in the drama and because of his spectacular and truly clarion voice. He was a marvel and we’ll all miss him enormously. With deepest respect and gratitude for the time I worked with him, and with immense affection.“

I have not tried to reach out to the Stara Zajora Theater for comment. There may be an explanation as to why Chanev’s death of Covid less that three weeks after he performed Otello was unrelated to the time Chanev spent rehearsing and performing in the opera. To me, though, the tragedy confirms my conviction that the cancellations of the scheduled performances in 2020 and into 2021, though regrettable, have been totally warranted.