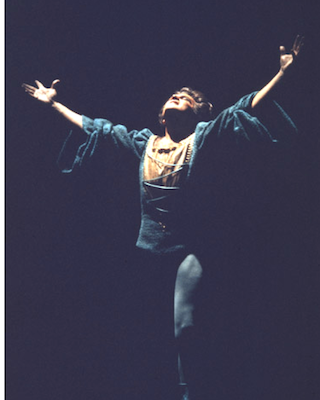 Note from William: This post continues my series of observances of historic performances that I attended at San Francisco Opera during the general directorship of Kurt Herbert Adler. This is the sixth of fourteen such observances of performances from the company’s 1966 Fall season.

The next offering on my Saturday night San Francisco Opera subscription was Wagner’s “Tannhäuser“. It was yet another occasion of my first performance ever of an opera taking place at San Francisco’s War Memorial Opera House. This was my sixth opera of the 1966 season, five of which were “firsts” for me.

My third opera performance in eight days, the performance was notable in many ways, not least my first opportunity to observe and hear French soprano Régine Crespin in live performance and my first time to hear South Dakota tenor Jess Thomas in one of Wagner’s demanding hochdramatische heldentenor roles.

Assuming the role of the medieval knight Tannhäuser, who succumbs to the sexual temptations of the goddess Venus, South Dakota heldentenor Jess Thomas displayed both dramatic vocal power and a lyrical vocal beauty that I call bel canto Wagnerian singing. Thomas (with obvious insights from his academic preparation in the field of psychology) was, additionally, an intelligent actor.

[Below: Jess Thomas as the exultant Tannhäuser; edited image, based on a a Carolyn Mason Jones photograph, courtesy of the San Francisco Opera Archives.]

Thomas, during the years between San Francisco Opera’as 1965 and 1975 seasons commanded the tenor roles of the Wagner operas that were performed in each of the inclusive season except 1971, the year before Thomas portrayed Siegmund and both Siegfrieds in the company’s 1972 presentation of the four operas of Wagner’s “Ring of the Nibelung”.

I reported previously on Thomas’ success as Walther von Stolzing in the previous season [[Historical Performances: Jess Thomas’ Victorious “Die Meistersinger” – San Francisco Opera, September 11, 1965], which he sang in addition to the title role of Wagner’s “Lohengrin”. (As a college student I was unable to attend any of three “Lohengrin” performances, but in the seasons between 1967 and 1975 was able to attend at least one performance of each of the additional seven Wagner tenor roles that he was perform for the company.)

What is remarkable is Thomas’ command of Wagnerian tenor roles that make different demands on the heldentenor voice – those that lie high in the tenor voice, such as Tannhäuser, or are more baritonal, such as Siegmund or Loge in “Das Rheingold”. Thomas successively took on Wagner’s longest tenor roles (Tristan in “Tristan und Isolde” and the title role of “Siegfried”) in each of which the tenor’s part contains the total of an hour of singing.

The seduction of Tannhäuser and his estrangement from his straight and narrow religious home community of Wartburg was accomplished by no less than the goddess Venus herself, performed by California mezzo-soprano Janis Martin.

[Below: Janis Martin as Venus in the 1966 San Francisco Opera production of “Tannhäuser”; edited image, based on a production photograph.]

Like Jess Thomas, Martin was one of the Merola Program’s first year (1957) graduates and like Thomas, her career included principal roles in Wagnerian opera. She sang with the San Francisco Opera for the majority of seasons of the three decades between 1960 and 1990. Her earliest assignments included the small servant and page roles, but for her final San Francisco Opera season (1990) she sang all three Brünnhilde roles in the Nicholas Lehnhoff production of Wagner’s “Ring”.

I was fortunate to have been at her “breakthrough” role, learning the part of Fenena in Verdi’s “Nabucco” in a 24 hour period in order to replace an ailing colleague and performing it admirably [see Historical Performances: Bastianini’s “Nabucco”, with Tozzi, Cioni and Janis Martin – San Francisco Opera, October 23, 1961.] Such an accomplishment is known to endear an artist to an opera company for whom a performance has been saved, and Janis Martin’s stock remained high in San Francisco for decades to come.

Scottish baritone Thomas Stewart was an authoritative Wolfram, receving an audiene ovation for the one of Wagnerian opera’s most revered showpieces, O du mein holder Abendstern, the ironic song to Venus, the evening star.

[Below: Thomas Stewart as Wolfram; edited image, based on a Carolyn Mason Jones iphotograph, courtesy of the San Francisco Opera.]

Stewart had shown his versatility through a wide range of roles in his appearances in four of the past five San Francisco Opera season. Already in 1966, he had sung Orestes [Historical Performances – Deep Casting, Siercke’s Set Design, Result in A Brilliant “Elektra”, San Francisco Opera, September 24, 1966] and was scheduled to open as Count Almaviva in Mozart’s “Marriage of Figaro” a week later.

“Tannhäuser“ and me: a personal memoir

When I was a middle school student in San Diego, a classmate who shared my interest in classical music and, like me, was several years into classical piano lessons, invited me to join him in listening to a New York Metropolitan Opera Satuday afternoon broadcast of “Tannhäuser”. My piano assignments had included the “Pilgrim’s Chorus”. My interest was piqued.

In preparation for the broadcast, I checked out the piano-vocal score from the San Diego Public Library, which I used to follow the entire broadcast. It was that experience that led to an early conviction that opera was an interest I wished to pursue. I joined my friend for most of that season’s remaining opera broadcasts. He also persuaded me to join him at my first live opera performance – Gounod’s “Faust” presented by the San FrancIsco Opera as part of the company’s San Diego part of its Southern California Opera tour [Historical Performances: Peerce, Albanese, Siepi and MacNeil in “Faust”, San Francisco Opera Fall Tour, San Diego, November 3, 1955].

My Wagnerian performances and casts to date:

Here, as reference, I present a list of performances and principal cast members of Wagner operas I had attended (all San Francisco Opera performances):