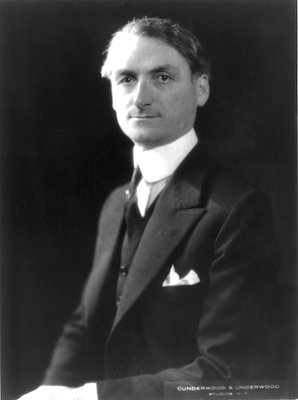 Note from William: This post continues my series of observances of historic performances that I attended at San Francisco Opera during the general directorship of Kurt Herbert Adler. This is the fourth of fourteen such observances of performances from the company’s 1966 Fall season.

Soprano Dorothy Kirsten was Fiora, repeating a role she sang 18 years previously in her San Francisco Opera debut season, in a performance conducted by the opera’s composer, Italo Montemezzi. As an opera singer, tutored by a work’s composer, she brought an authenticity to her performance as Fiora. The role allowed Kirsten to display the intense acting skills that complemented her attractive voice, even though Fiora is murdered in the opera’s second act and thus must lie prostrate throughout the final act as a corpse while other principals continue singing.

[Below: Fiora (Dorothy Kirsten, above) has a romantic interlude on the battlements with Avito (here, Giuseppe Zampieri, below); edited image, based on a Bill Cogan photograph, courtesy of the San Francisco Opera Archives.]

These performances were the first time that Campora and Kirsten had sung together at the War Memorial Opera House. A decade earlier they had sung two performances together of Puccini’s “Madama Butterfly” on the San Francisco Opera’s 1956 Southern California tour of Los Angeles and San Diego. In the latter city they were my first Cio-Cio San and Pinkerton [Historical Performances: “Madama Butterfly” with Kirsten, Campora, Quilico, Roggero – San Francisco Opera in San Diego, November 1, 1956.]

At the time of that first “Butterfly” I was much more familiar with Campora’s voice than Kirsten’s, as a result of Campora’s complete Decca recordings of Puccini’s “Tosca” and “Butterfly” with Renata Tebaldi and the EMI recording of Verdi’s “Simon Boccanegra” in which he was Gabriele Adorno.

I was to see Campora one final time at a stellar San Diego Opera performance of Johann Strauss’ “Die Fledermaus”, mounted for soprano Beverly Sills’ retirement from the operatic stage. Campora showed his comic skills (and vocal virtuosity) as Alfred, in a performance in which Joan Sutherland was Rosalinde, Regina Resnik was Count Orlofsky, Alan Titus was Eisenstein and Spiro Malas was Frank.

Even with creditable performances by Kirsten as Fiora and Campora as Avito, the strongest impression on me was made impressed by the versatile baritone Raymond Wolansky a Manfredo. Having displayed bel canto beauty as Riccardo in the season opening “Puritani” [Historical Performances: Sutherland, Kraus Introduce “I Puritani” to San Francisco Opera – September 20, 1966], Wolansky showed mastery of the verismo style that was especially well-suited to the role of Fiora’s husband, Manfredo.

[Below: Raymond Wolansky as Manfredo; edited image, based on a production photograph, courtesy of the San Francisco Opera Archives.]

I had appreciated Ghiuselev’s portrayal of Giorgio Walton in “Puritani”, especially Ghiuselev’s scenes with Wolansky as Riccardo. I had looked forward with interest to his assuming the role of the blind Archibaldo, who motivates most the action in “L’Amore”. I was disappointed Ghiuselev’s performance, both vocally and dramatically.

Seven seasons prior to this performance, Giorgio Tozzi had performed Archibaldo to Kirsten’s Fiora in a San Francisco Opera production in which Giuseppe Zampieri was Avito and Frank Guarrera was Manfredo. Although I held “L’Amore” tickets to one of those 1959 performances (three of whose scenes are shown here), I was in the United States Navy and a scheduled leave that would have allowed me to use the tickets had to be delayed while my next assignment was finalized.

Others in the 1966 cast were David Thaw as Flaminio, Carol Kirkpatrick as a Handmaiden, Delcina Stevenson as A Young Girl, L. D. Clements as A Youth and Dorothy Cole as An Old Woman.

Maestro Francesco Molinari-Pradelli, the conductor, who was in his final season with the San Francisco Opera, still had two more operas to conduct after “L’Amore”. (I will report on both of them.) Molinari-Pradelli drew some criticism when it became known that he disliked the opera he was conducting.

I suspect that mid-20th century opera aficionados would have found it inconceivable that by the end of the century performances of “L’amore dei Tre Re” would be virtually unknown to most opera audiences. After its 1913 world premiere the opera had achieved great popularity and respect. One New York critic went so far as to state that the opera was the finest Italian opera since Verdi’s “Otello”.

[Below: Composer Italo Montemezzi; edited image of an historical photograph.]

San Francisco Opera, as the West Coast’s premiere opera company, had a special relationship with the opera between 1941 and 1966 as a result of Montemezzi, an Italian patriot whose disgust with Italian dictator Benito Mussolini led him to relocate in California. Montemezzi was invited by San Francisco Opera’s General Manager Gaetano Merola to conduct performances of the opera in the 1940s, including the 1947 season, the year of Kirsten’s San Francisco Opera debut and role debut as Fiora.

After Montemezzi’s death in 1951, Kirsten continued to perform the role of Fiora in San Francisco Opera’s 1952 and 1959 seasons, through the three 1966 performances of Montemezzi’s masterpiece.

Sam Benelli’s Libretto, the Three Kings and Their Game of Thrones

Sam Benelli’s play, which gave its name to the opera and became its libretto, is a highly regarded contribution to early 20th century Italian drama.

Although few operas companies have mounted 21st century performances of the opera, in places where it has been performed it has been well received [Review: Sarasota Opera’s Affectionate Mounting of “Love for Three Kings [L’Amore dei Tre Re]” – March 11, 2017]. The themes of illicit romance and sinister interfamilial intrigue taking place in a castle in a medieval fantasy world could resonate with audiences who stream the hit television shows based on George R.R. Martin’s Game of Thrones or Andrzej Sapkowski’s The Witcher. Even a central plot point of Benelli’s libretto, painting a woman’s lips with a deadly poison to ensnare anyone who kisses her, emerges a century later as the mechanism causing the death of an important character in HBO’s blockbuster television series based on Martin’s book.

I am am advocate of considering revivals of the verismo operas composed by Puccini’s contemporaries (Puccini’s operas being well-represented in the standard repertory) that have had fewer performances in recent decades that in decades around the turn of the 20th century. “L’Amore dei Tre Re” would be one of my most fervent recommendations for such revivals.