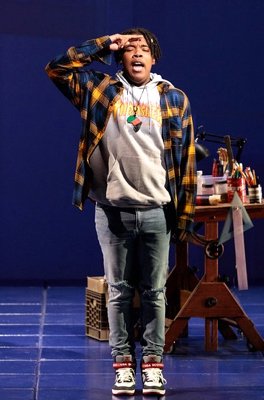 I am scheduled to review the following operas, which include two world premieres and the revival of a work on whose world premiere I reported previously. These operas are to be presented by the San Francisco Opera, Houston Grand Opera or the Glimmerglass Festival between November 2018 and August 2019:

Composer Jake Heggie and librettist Gene Scheer have created an opera, that is based upon, but reimagines, the storyline of Frank Capra’s 1946 film It’s a Wonderful Life.

The creative team from the work’s Houston Grand Opera’s 2016 world premiere, including Maestro Patrick Summers and Director Leonard Foglia, will be present for the work’s West Coast Premiere. Reprising their roles from Houston are William Burden as the idealistic George Bailey, Joshua Hopkins as George’s brother Harry, and Rod Gilfry as the shrewd, but heartless business rival, Mr Potter. 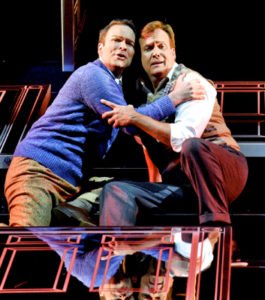 The most obvious difference with the Capra film is the opera’s emphasis on the process of new guardian angels earning their wings through doing good deeds for humans. In the opera the guardian angel is Clara, to be performed by South African soprano Golda Schultz in her San Francisco Opera debut. Clara is advised by an “Angel Quartet” consisting of Sarah Cambidge, Ashley Dixon, Amitai Pati and Christian Pursell.

Other debuting artists include Andriana Churchman as Mary Hatch and Keith Jameson as Uncle Billy.

Houston Grand Opera has commissioned a world premiere of an opera based on the life of Mozart’s librettist, Lorenzo da Ponte, with music composed by Tarik O’Regan to a libretto by John Caird.

[Below: Baritone Thomas Hampson, who will create the role of Lorenzo da Ponte in the Houston Grand Opera world premiere of Tarik O’Regan’s “The Phoenix”; edited image, based on a publicity photograph.] 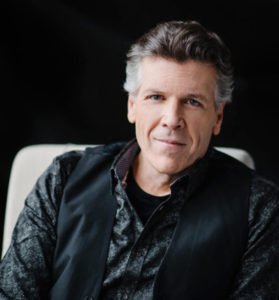 The Glimmerglass Festival presents John Corigliani’s fantasy about the ghost of Marie Antoinette, the Revolutionary dramatist Beaumarchais and Beaumarchais’ inventions, the characters from “Barber of Seville” and “The Marriage of Figaro”.

Although the opera itself was first performed in the last decade of the 20th century, it has had important new productions (an indication of a work’s durability) in the 21st century. The staging to be seen at Glimmerglass is a co-production between the Glimmerglass and France’s Royal Opera of Versailles.

[Below: Yelena Dyachek as the Ghost of Marie Antoinette; edited image, based on a Karli Cadel photograph, courtesy of the Glimmerglass Festival.] 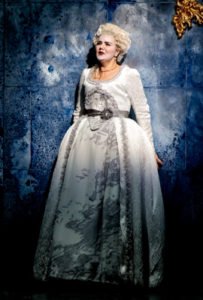 The Glimmerglass Festival 2019 will present a new opera by composerJeannine Tesori and librettist Tazewell Thompson. The subject of the opera is an African-American couple in Harlem coming to terms with the death of their son at the hands of a police officer.

Bass Kenneth Kellogg will sing the role of The Father and leads a cast that includes bass-baritone Eric Owens. The sets are by Donald Eastman, costumes by Jessica Jahn and lighting by Robert Wierzel. Eric Sean Fogel is choreographer.

[ Below: the Son (Aaron Crouch) shows deliberate disrespect for his father’s occupation; edited image, based on a Karli Cadel photograph, courtesy of the Glimmerglass Festival.] 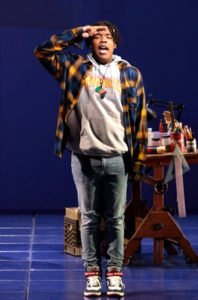 For my review of a previous Tesori opera presented at the Glimmerglass Festival, see: The Pittsingers as the O’Neills in Tesori’s “Blizzard on Marblehead Neck” – Glimmerglass, August 13, 2011.]

Wagner’s “Siegfried” at the Lyric Opera of Chicago, Humperdinck’s “Hansel und Gretel” at the Los Angeles Opera, Dvorak’s “Rusalka” at the San Francisco Opera and “The Thirteenth Child” at the Santa Fe Opera [See In Quest of Operas Based on Myths and Fairy Tales – November 2018 – August 2019.]

Puccini’s “La Boheme” at the Houston Grand Opera and the Santa Fe Opera and Verdi’s “La Traviata” at the Glimmerglass Festival [See In Quest of Italian Opera Favorites, October 2018-August 2019.]