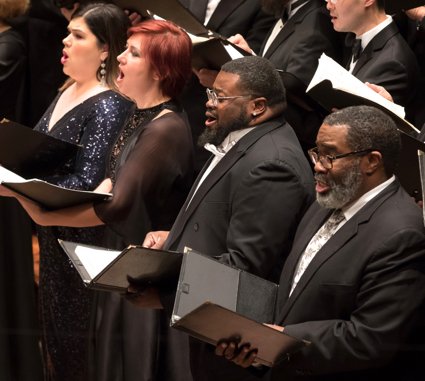 The following interview took place in Russell Thomas’ Kennedy-Center dressing room with the much-appreciated facilitation of the Washington National Opera. 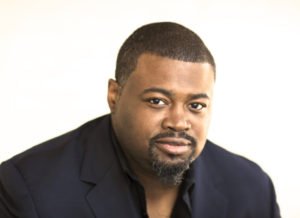 Wm:  What are your earliest memories of music?

When I was eight I happened to turn on radio station WTMI, a classical music station, which was playing what I now know was Weber’s “Oberon” and was captivated by the singing. After that I begin to listen to all the operas being played on the classical station.

When I was 12, I persuaded my grandmother to take me to Bizet’s “Carmen” at the New York City Opera, then afterwards I joined other public school students invited to attend dress rehearsals of operas performed by the company that is now the Florida Grand Opera. That included a performance of Puccini’s “Tosca” sung by Luciano Pavarotti.

Wm: You surprised family and friends in your decision as a teenager to pursue operatic performance. How did you become interested in opera and in vocal performance? Who do you regard as the greatest influences on your vocal education and early career?

RT: In school I participated in choirs and was chosen on a particular occasion when I was 17 to sing a solo. At that time, Miami’s New World School of the Arts had appointed Joy Davidson to its voice faculty, and she was given the assignment of recruiting voice students from the local schools. Joy was invited to provide some advice to the student soloists. I started singing Pietà, signore. Afterwards, Joy began to ask me about my future plans, which at the time included a military academy, and she asked whether I had considered opera as a career! She said that if I took lessons from her, she believed that I would be successful in applying to any school for which I auditioned with full scholarships.

I agreed to do it, became her voice student, and it actually happened that I was accepted with scholarships to each of the schools to which I applied. However, I chose to stay with Joy Davidson and entered the New World School of the Arts, which was a University of Florida affiliate. So, I am an alumnus of the University of Florida without having attended any classes at that campus. 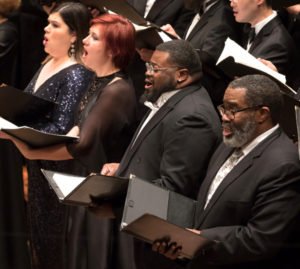 Wm: After a music conservatory education, you were accepted into a series of opera company young artists’ programs, and eventually the New York Met’s Lindemann program. How did these programs prepare you for your later career?

RT: I learned valuable lessons in every young artists’ program in which I participated but two of them were particular important to my career. The first was the Sarasota Opera Young Artists’ program, which I regard as a crash course in opera performance. I learned more in three months working with Maestro Victor DeRenzi at Sarasota Opera than in any comparable period in my career.

The other major influence was the New York Met’s Lindemann Young Artists’ program, presided over by the triumvirate of James Levine, Ken Noda and John Fisher. During the three years I was there it was a very tough place. As a 25-year old I thought I knew everything, but they made it clear to me that was not the case. At that time, everything we did took place in that building – coaching, master classes. It was a great musical experience for me. I regard the Sarasota and Lindemann programs as the bookends of my training as a young artist. 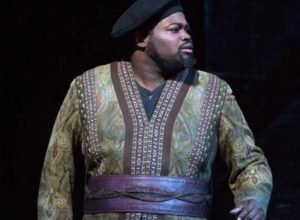 Wm: You credit the Met’s Maestro James Levine as persuading you to concentrate your early career in Mozart’s tenor roles, and your career has been associated with Mozart, bel canto roles and the lyric Verdi roles. Yet, you’ve added the title role of Verdi’s “Otello” to your repertory, which many regard as the most demanding and heaviest major tenor role in Italian opera and you have spoken of taking on the title role of Wagner’s “Tannhäuser”. This is a sharp departure from the career paths of most operatic tenors.

Are the special qualities in your voice or in your training that make this mix of lighter and heavier roles possible for you, or do you believe that many tenors could mix such roles with proper preparation for them?

RT: I think that Mozart’s musical lines require such precise vocal control that it becomes evident when you deviate from it in any way. It shows you your limits and puts everything about your voice in focus. I believe Levine’s interest in my singing Mozart was to instill a greater lyricism in my voice. I continue to sing Mozart roles.

I think all tenors these days are encouraged to sing above their fach. One of the things that I do is to go through a score and use a highlight marker on every pianissimo, piano, and mezzo-piano marking for my role, then in preparations with the conductor, I observe that dynamic. Then conductors usually keep the orchestral accompaniment at a corresponding volume. Were I to sing the piano passages louder, many conductors will simply signal the orchestra to increase its volume.

Up until now, I have performed Otello in concert performances of “Otello”, and will do so a second time this summer at the Hollywood Bowl in Los Angeles performing under Maestro Gustav Dudamel and the Los Angeles Symphony Orchestra. Then in 2019, I’m scheduled to sing Otello in a staged production at the Canadian Opera Company in Toronto.

I’ve sung only two Wagner roles so far, the Steersman in “The Flying Dutchman” and Loge in “Das Rheingold”. I expect to add the title roles of “Parsifal” in a couple of years and of “Tannhäuser” a couple of years after that. Already, opera managements are proposing even heavier roles that those two, but for me, Tannhäuser is my dream Wagner role and I have no desire to take on Tristan in “Tristan und Isolde” who has to sing constantly through the score.

Otherwise, my repertory is everything I like to sing, although I try to choose roles wisely. 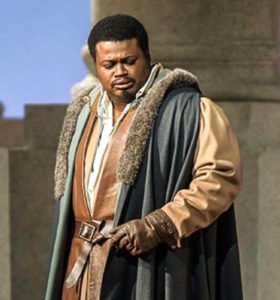 Wm: I am scheduled to see your opening “Roberto Devereux” at the San Francisco Opera in the Stephen Lawless production, in which you are again paired with Sondra Radvanovsky, who had been Norma to you San Francisco Opera Pollione. Both the tenors I’ve seen perform in the Lawlsss production – Stephen Costello at The Dallas Opera and Leonardo Capalbo at the Canadian Opera Company, Toronto – repeated the cabaletta to Roberto’s final aria (although Costello has told me he has no plans to sing the Roberto role in the future). I assume you are preparing the cabaletta repeat?

RT: So far, nothing I’ve seen about the plans for that production suggests that there will be any cuts.

Wm: Coincidentally, in four of your performances I’ve reviewed to date (Pollione in Bellini’s “Norma” at the San Francisco Opera and Los Angeles Opera and Ismaele in Verdi’s “Nabucco” on two occasions at the Seattle Opera), mezzo-soprano Jamie Barton has been in the cast, as she is in Verdi’s “Don Carlo” at Washington National Opera, where I see you next. Do you look forward to operatic projects in which you participate with colleagues with which you’ve had several mutual experiences onstage?

RT: The general answer is yes, but the specific answer is that I look forward to operas in which I work with Sondra Radvanovsky and/or Jamie Barton.

Radvanovsky and Barton are the artists I’ve repeatedly performed with. Each of them makes their colleagues step their games up.

Radvanovsky, no matter how she is feeling personally, is going to do everything she can to give a spectacular performance. If she is giving a 150%, all of the rest of us are going to elevate the level of our performances.

Wm: I notice that your announced roles include Titus in Mozart’s “La Clemenza di Tito” at the Dutch National Opera in May 2018 and the Los Angeles Opera in March 2019; Manrico in Verdi’s “Il Trovatore” at the Bayerische Oper Munich in October 2018 and the Lyric Opera of Chicago in November-December 2018, and the title role in “Otello” with the Los Angeles Symphony Orchestra in July 2018, the Canadian Opera Company in April-May 2019 and the Deutsche Opera Berlin in June, 2019.

If such a General Director were to offer you six new production for role debuts of your choice, what would they be?

RT: This will be fun! first, Enzo in Ponchielli’s “La Gioconda”, second, Faust in Boito’s “Mefistofele”, third, the title role of Giordano’s “Andrea Chenier”, fourth, Riccardo in Verdi’s “Ballo in Maschera”, fifth, the Prince in Dvorak’s “Rusalka” and finally, the title role of Massenet’s “Werther”. That’s assuming I’m already getting Tannhäuser elsewhere. Otherwise, that would be up near the top of the list.

Wm: I appreciate spending this time with you.