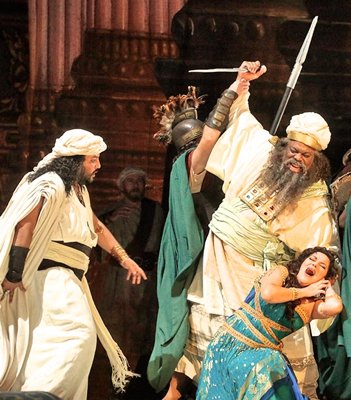 The following conversation took place under the auspices of the Los Angeles Opera, whose facilitation of the conversation is deeply appreciated:

[Below: Basso Morris Robinson; edited image of a publicity photograph from morrisrobinson.com.] 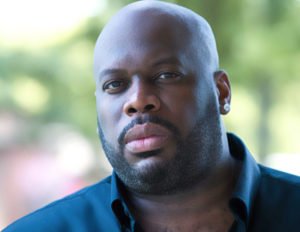 Wm: You’ve returned to the Los Angeles Opera to perform the role of Zaccaria in Verdi’s “Nabucco” under the baton of Maestro James Conlon, the L. A. opera’s music director.

I’ve reported on your Los Angeles Opera performances under Conlon as Sarastro in Mozart’s “The Magic Flute”, Fasolt in Wagner’s “Das Rheingold”  and Oroveso in Bellini’s “Norma”Subsequently, you have sung Osmin in Mozart’s “Abduction from the Seraglio” under Maestro Conlon.

In our 2014 interview, you spoke of the importance of Maestro James Conlon, music director of the Los Angeles Opera, to your career, particularly his role as taskmaster, being “hard on you and never letting  up”. Your returns to Los Angeles suggest that you’re meeting his expectations. What’s it like working with a conductor who was a mentor and has known you throughout your career?

MR: Maestro Conlon has indeed been truly the most influential person in my career … not just as a conductor, but as a person.  Upon meeting me (through his lovely Wife Jennifer as a result of a Verdi Requiem in Aspen), he has guided me and pushed me to limits that I never dreamed I was capable of reaching and surpassing.  I believe at first, he saw potential and wanted to push me past what might have been my comfort zone.

Nowadays, we know one another musically.  We speak the same language and our relationship is one such that he knows what my capabilities are, and I know what he wants.  He’s still the task master, but I like his work ethic because I too push boundaries and expect greatness from myself.

This is Los Angeles Opera, so the end product needs to be representative of the world class reputation of the Company.  I have learned that if I can meet his demands, the results will be spectacular.  Therefore, I trust all of his instincts and musical suggestions to be Gospel!

[Below: Zaccaria (Morris Robinson, above right) intends to kill the Assyrian princess Fenena (Nancy Fabiola Herrera, below right) until Ismaele (Mario Chang, left) gives him a reason why he should not do so; edited image, based on a Ken Howard photograph, courtesy of the Los Angeles Opera.] 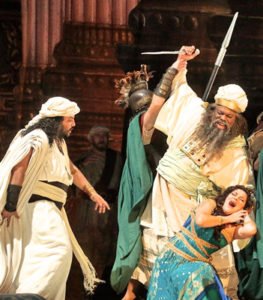 Wm: The interplay of the characters Zaccaria and Nabucco is fundamental to Verdi’s opera. In Los Angeles, your Nabucco will be Placido Domingo. What are your thoughts on the role of Zaccaria, both vocally and dramatically, and sharing the stage with an operatic legend?

MR: Zaccaria is a BEAST both dramatically and musically.  I do believe that this is not only the largest role in this Opera, but maybe one of the Largest roles in the Italian Bass Repertoire.  Musically its extremely demanding.  It requires a sizable instrument that can carry the color and weight from one extreme of the vocal range to the other.

In addition to his several statements and interjections, he has three Arias (and one with a very demanding cabaletta which we repeat come scritto here in Los Angeles).  He is what I like to refer to as a typical Verdian Priest … one who is Devoutly religious, but is not above killing, and rousing the populous into a passionate frenzy to achieve the objective.

As for sharing the Stage with Maestro Domingo, I have been anticipating this for a very long time.  Maestro Domingo has conducted me in both Don Giovanni and Turandot (Washington National Opera), but I’ve never shared the STAGE with him until now.  More than anything, I appreciated seeing him work in rehearsals.

As a young artist, I was ALWAYS watching the veterans with whom I shared the stage, to see how they handled themselves.  A misconception by many Young Artists is that the true Superstars are difficult to manage.  I have found this to be absolutely untrue especially regarding the way they are in staging and musical rehearsals.

Watching Maestro work has further proven this theory.  His dedication to direction and characterization was thrilling to observe.  Here is a guy who has been singing professionally longer than I have been alive, yet he pays attention to detail and seems to always search for ways to further exemplify every aspect of his character and more effectively communicate to the audience the story that he is telling.  He is truly an artist in every sense of the word and I respect that tremendously.

[Below: Placido Domingo as Nabucco; edited image, based on a Ken Howard photograph, courtesy of the Los Angeles Opera.] 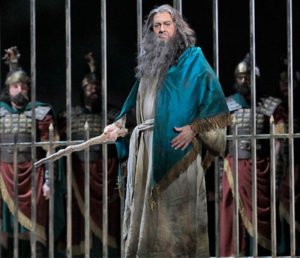 Wm: I’ve been a fan of the Thaddeus Strassberger production of “Nabucco”, that transposes action to the Austrian occupation of Northern Italy, and emphasizes the opera’s theme of an occupied population’s desire for freedom. What is it like working with Strassberger, and what are your thoughts on this production?

MR: Thaddeus is a buddy of mine with whom I developed a friendship when initially I sang this role in the Philadelphia production.  I love working with him, and to be honest, we started working on this staging prior to both of our arrival in Los Angeles.  He and I exchanged messages on Facebook Messenger about varying ideas.  When we got to LA, we hit the ground running.  I had all these “Baptist Preacher” ideas that I wanted to implement during the large Chorus numbers, and he (being a Country boy from Oklahoma) was digging it!

His approach to the score and the libretto is very unique in that he is incredibly astute at melding together modern references with his ideology regarding physical staging and coupling that with the psychological aspects of the individual characters and chorus as a whole.  This allows for one to easily grasp very tangible and accessible thought processes which then allows for all involved to be exactly what he envisions.

Wm: I’ve seen you perform the role of Joe in Jerome Kern’s “Show Boat” in Chicago and San Francisco. Subsequently, you’ve made your debut at La Scala in Milan as Porgy in George Gershwin’s “Porgy and Bess”, a role in which you’ve been coached by the iconic Porgy, Todd Duncan, himself.  With your experience with both roles, what are your thoughts about performing Porgy and Joe, characters from musical works of the 1920s and 1930s?

MR:  I have enjoyed both characters.  They have both challenged me differently.  Technically, Porgy and Zaccaria are very similar.  They are about the same in length, and both require an extreme range of vocal mastery.  In fact, one rationale for accepting my first Porgy, was that I had previously experienced success with Zaccaria.  I sing them ALL with my voice.  My instrument is well aligned and I never veer off track to adjust anything technical while producing sound for either character.  The mindset for Joe and Porgy is not too far off track from the other roles I normally sing. 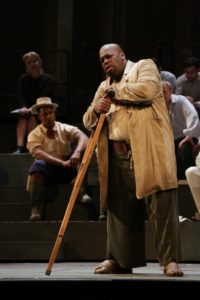 Joe, although a lowly Stevedore, is a very wise man, who’s defiance and unwillingness to accept the status quo is brilliantly illustrated in his most famous song, Old Man River.  He is Proud, and a man of supreme character.

Porgy, although more complex, is himself perhaps the most respected Man on Catfish row.  He’s often referred to as being a “Good Man” … in fact, TOO good some say for Bess.  During the funeral, he takes a leadership position for the prayer service.  He talks to the Detectives.  He has character and strength.  Throughout his nobility however, he is a man weakened by his intense love for Bess … such that he decides that he ultimately must kill another man in order to have her.

Although physically deformed, he finds a way to accomplish his task.  This, to me, makes him as strong, characteristically, as any Priest, Father or God that I play in other standard Operatic Rep. 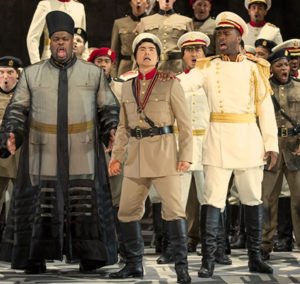 Wm: Although you’ve had a variety of roles, much of your repertory is based in Mozart and operas written in the bel canto style. Are these still the roles you prefer to sing? What other roles are you planning to add in future years?

MR: I love singing long legato lines … slow or fast.  As long as my voice can allow me to do so at a high level, I will continue to embrace this style of music.

I do like Wagner … but I prefer to stick to the more melodious roles by that composer.