Note from William: This post continues my series of observances of historic performances that I attended at San Francisco Opera during the general directorship of Kurt Herbert Adler. This is the eighth of sixteen such observances of performances from the company’s 1965 Fall season.

[Below: Leontyne Price was Leonora; edited image, based on a publicity photograph, courtesy of the San Francisco Opera.] 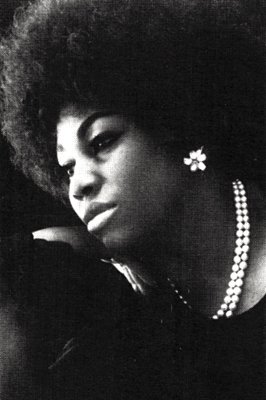 In my opinion, although I had been impressed by the combination of Mississippi soprano Leontyne Price and Indiana tenor James McCracken in the 1963 mounting of the work, the revival in 1965 had greater depth in casting.  Hungarian tenor Sandor Konya was a superb Don Alvaro as was McCracken, and the 1965 cast had a stronger team in the lower voices. Ohio tenor Raymond Wolansky was the Don Carlo, Italian basso Ugo Trama was the Guardiano and New York baritone Heinz Blankenburg was the Fra Melitone.

This was the fifth performance I’ve reported on in which Price was the lead soprano and Konya was the lead tenor.

Konya had, up until that point, had been the tenor I had seen most often. He is the first tenor I had seen sing all three tenor leads in Puccini’s trio of most popular operas – with Price as Cavaradossi in “Tosca” and Pinkerton in “Butterfly” and  as Rodolfo to Tebaldi’s Mimi in “La Boheme” [Historical Performances: “La Boheme” with Renata Tebaldi, Sandor Konya – San Francisco Opera, September 23, 1965], “.  Earlier he had been Dick Johnson to Kirsten’s Minnie in a less often performed Puccini opera [50th Birthday Celebrations: Dorothy Kirsten Rides High in “Girl of the Golden West” – San Francisco Opera, October 1, 1960.]

Price and Konya were a felicitous duo, her dramatic soprano and his brilliant tenor soaring in the vibrant acoustics of the War Memorial Opera House. There would be one more Price-Konya pairing later that season, San Francisco Opera’s new production of Verdi’s “Ballo in Maschera”, in which they would be joined baritone Raymond Wolansky, the excellent Don Carlo in this “Forza” production.

Wolansky was a leading artist of the Stuttgart (Germany) Opera, whose di Luna, in the previous San Francisco Opera season, had led me to expect (without being disappointed) another excellent performance in an iconic Verdi role. Beautifully matched vocally with Konya in “Forza’s” great battlefield scenes, Wolansky demonstrated the powerful impact that the opera’s succession of intensely dramatic, stunningly melodic scenes can make when each of the roles is in the hands of a master of the Verdian style.

New to me, but equally proficient in his role was the Italian basso Ugo Trama, a sonorous Padre Guardiano, whom I would see on three occasions in 1965. Also memorable was the Fra Melitone, played by Heinz Blankenburg, an American baritone whom I had seen twice previously at the Shrine Auditorium in Los Angeles.

Blankenburg had been Paolo in my first Italian opera ever [Simon Boccanegra – October 20, 1956]. The next year I saw him as Arlecchino in the American premiere season of a Richard Strauss opera, then unfamiliar to American audiences, but now whose performances occur with such regularity that it may be emerging as the composer’s most often performed opera in North America [Young Rysanek Promotes Strauss at L. A.’s Shrine – “Ariadne auf Naxos” – San Francisco Opera, November 1, 1957 ].

[Below: Baritone Heinz Blankenburg was the Fra Melitone; resized image of a publicity photograph.]

The force of opera’s destiny: some thoughts about opera in the 20th century’s sixth decade

Over the ten years that I’ve been celebrating the 50th anniversary of each opera performance I’ve seen (for such a project it’s best to start attending operas at a young age as I did) I’ve been moving from a time when Western Europe’s cradle of opera (Italy, France, Germany and Austria [IFGA]) was still rebuilding infrastructure and returning to normal after World War II. When I was attending my first “Faust” with San Francisco Opera performing in San Diego’s Fox Theater, the Iron Curtain had made countries like Hungary seem like part of another world, and the Civil Rights movement in the United States had not yet reached its crescendo.

It takes time for a singer to becoming proficient in opera. The IFGA countries had less than a dozen years before been engaged in full scale warfare, whose collateral damage included previously great opera companies and whose mobilization plans did not prioritize producing opera singers. It was not surprising that as Europe rebuilt its cultural heritage, there were regional shortages of first rank opera singers. This provided opportunities for American-trained singers to establish careers in Europe. Wolansky, born of Ukrainian parents in Ohio, became a lead dramatic baritone and the New York City-born Heinz Blankenburg a lead lyric baritone in Germany.

In 1956, the Hungarian Revolution resulted in large numbers of Hungarian artists emigrating to the West, including Konya, who within four years was singing lead roles at the San Francisco Opera and a half-decade later became a stalwart at the New York Met.

In the 1950s the New York Met had made international headlines by lifting its “color bar” to “allow” the great African-American contralto Marian Anderson to sing the role of Ulrica in Verdi’s “Ballo in Maschera”, a character of mysterious origins who lived in the outskirts of civilized society – a role that seemed chosen by management as “safe”.

More significantly, I thought, on the other coast the San Francisco Opera was casting Leontyne Price, not just as Verdi’s African princess, Aida, but in such roles as Leonora in Verdi’s “Il Trovatore”, Donna Elvira in Mozart’s “Don Giovanni” and Madame Lidoine in Poulenc’s “Dialogues of the Carmelites”.