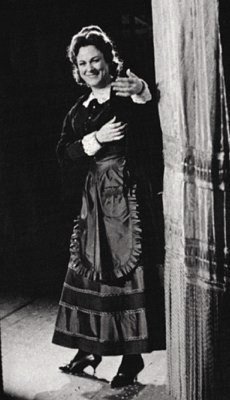 Note from William: This post continues my series of observances of historic performances that I attended at San Francisco Opera during the general directorship of Kurt Herbert Adler. This is the fourth of sixteen such observances of performances from the company’s 1965 Fall season.

[Below: Renata Tebaldi, in costume as Mimi, waits in her dressing room; edited image, based on a Carolyn Mason Jones photograph, courtesy of the San Francisco Opera.] 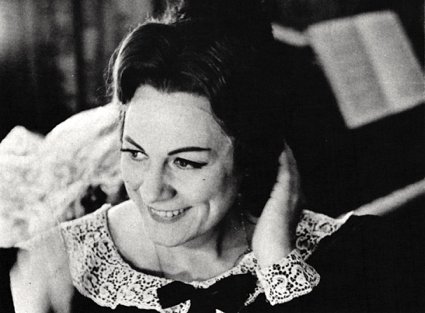 The Thursday night a week prior I had seen her Maddalena to Richard Tucker’s Chénier [Historical Performances: Richard Tucker’s “Andrea Chénier” with Tebaldi and Bastianini – San Francisco Opera, September 16, 1965]. I also secured a ticket to see her Mimi.

What I had expected and waited for so long was what I got in those 1965 performances – Tebaldi’s vocal expressiveness, her lyricism, he famous control that allowed her to move from pianissimo to fortissimo seamlessly, her dramatic power.

Her duets with Konya’s Rodolfo in each act of “Boheme” were magical, as was her wonderful third act duet with Wolansky’s Marcello (one of my favorite duets in all of Italian opera).

As a young teenager, showing an early interest in opera, my father had bought for me my very first complete opera recording, Tebaldi’s first “Boheme” recorded for Decca (London). It was from this recording that I first came to appreciate both “Boheme” and the Tebaldi’s creamy lyric voice. I had no problem with identifying with the honorific designation given to Tebaldi’s fans. I was a tebaldiano.

It was from Tebaldi’s recordings that I first became to appreciate the power of several masterworks of Italian verismo, represented in San Francisco’s 1965 season by Puccini’s “La Fanciulla del West” and Giordano’s “Andrea Chenier”.

This great Hungarian tenor Sandor Konya was the Rodolfo to Tebaldi’s Mimi. Konya was arguably the principal tenor of the San Francisco Opera in my first six seasons in San Francisco (although tenors James McCracken and Jon Vickers might have argued otherwise.)

Experiencing the 43-year old Tebaldi’s “Boheme” in the War Memorial in the company of spinto tenor Sandor Konya’s ardent Rodolfo, conducted by Italian conductor Piero Bellugi, was the fulfillment of a tebaldiano’s dreams.

[Below: Hungarian tenor Sandor Konya; edited image, based on a historic photograph.] 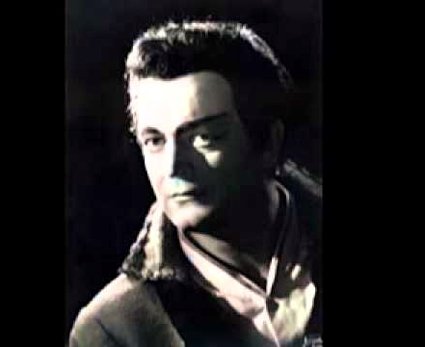 Before his Rodolfo, I had seen him in three other Puccini roles. He was Dick Johnson in “Fanciulla del West” [50th Birthday Celebrations: Dorothy Kirsten Rides High in “Girl of the Golden West” – San Francisco Opera, October 1, 1960] and Cavaradossi [50 Year Anniversaries: Leontyne Price, Konya, Shaw in “Tosca” – San Francisco Opera, October 3, 1963], in both cases my first performance of the opera.

I also saw him as the Pinkerton for one of Price’s few performances ever of Cio-Cio San [50 Year Anniversaries: Leontyne Price, Sandor Konya in “Madama Butterfly”: San Francisco Opera, September 28, 1961.]

To have seen Konya (or indeed any artist) in performances of four different major Puccini tenor roles and two major Wagner roles is quite extraordinary. (I’ve not spoken of Konya singing Verdi yet, but will address that subject when 1965’s new production of Verdi’s “Un Ballo in Maschera” is discussed at a later date.)

Ohio baritone Raymond Wolansky was the Marcello, an always engaging role whose high point is his lyrically beautiful third act with Mimi, Quando s’e come voi (in which he asks Mimi, if she and Rodolfo are so unhappy together, why don’t they break up?)

[Below: Raymond Wolansky was Marcello; resized image, based on a hisotric photograph.] 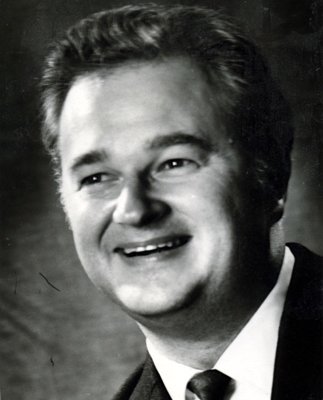 One of my favorite Puccini passages from the earliest days, it was magical hearing its soaring melodies sung by Tebaldi together with Wolansky’s dramatic baritone.

The Musetta was Australian soprano Marie Collier. I will report on her performances in two other Puccini roles that season – Minnie in “Fanciulla del West” and Tosca.

Others in the cast included Richard Fredricks as Schaunard, Joshua Hecht as Colline, Andrew Foldi as Benoit, Howard Fried as Alcindoro.

Me and My “Boheme” 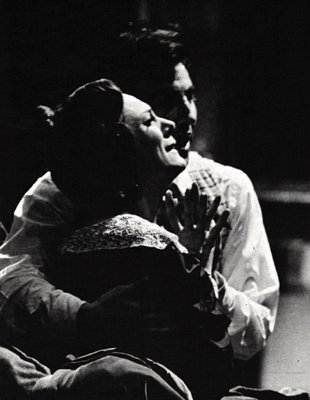 Tebaldi and Konya were the Mimi and Rodolfo of my second “Boheme”. Over the next few years each performance of “Boheme” I attended (all but one in San Francisco) had stellar pairings of Mimi and Rodolfo: 1967 – Mirella Freni and Luciano Pavarotti; 1969 – Dorothy Kirsten and Pavarotti; 1973 – Teresa Stratas and Jose Carreras 1978 – Ileana Cotrubas and Giacomo Aragall; 1980 (San Diego Opera) – Diana Soviero and Pavarotti; 1983 – Ilona Tokody and Luis Lima; 1986 – Nelly Miricioiu and Lima; 1988 – Freni and Pavarotti.

My list of Mimis and Rodolfo’s became so glamorous that I found myself almost spellbound, avoiding what should have seemed appealing casts of “Boheme” that lacked the international reputations of the illustrious singers whose performances I had attended.

[Below: Renata Tebaldi gestures at her curtain call; edited image, based on a Carolyn Mason Jones photograph, courtesy of the San Francisco Opera.] 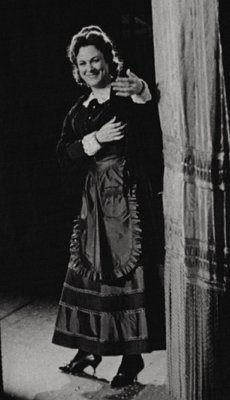 Fortunately, that spell has long since been broken and I have no hesitation in scheduling “Boheme” wherever it might appear in my travels. In fact, even though I appreciate seeing operas other than what I characterize as the “safe nine” (a list of box office favorites dominated by Puccini and Mozart), I confess to a little bit of pleasure in having at least one performance each of “Boheme”, “Tosca” and “Butterfly” in my schedule of future opera reviews.