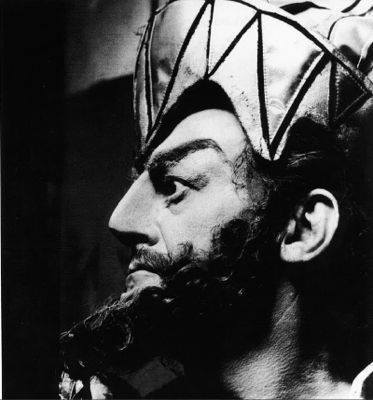 Note from William: This post continues my series of observances of historic performances that I attended at San Francisco Opera during the general directorship of Kurt Herbert Adler. This is the eighth of 13 such observances of performances from the company’s 1964 Fall season.

On Thursday night October 15th, I added another opera to supplement my 1964 Saturday night subscription to the Fall season of the San Francisco Opera.

Although I had seen the production of Verdi’s “Nabucco” when it was performed three seasons earlier [50 Year Anniversaries: Bastianini’s “Nabucco”, with Tozzi, Cioni and Janis Martin – San Francisco Opera, October 23, 1961], I had wanted to see the great dramatic baritone Tito Gobbi in one of the classic baritone roles.

[Below: Tito Gobbi as Nabucco, in the photograph used for his recording; resized image of an historical photograph.] 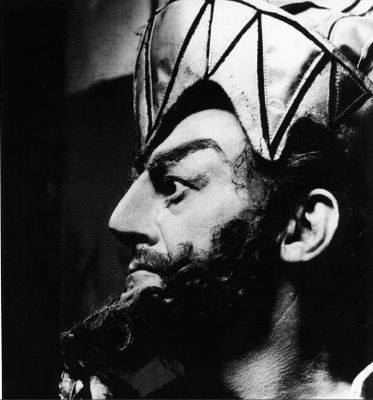 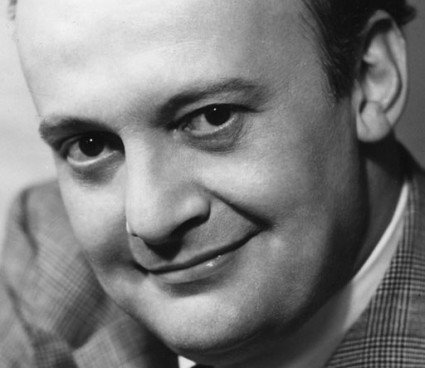 [Below: Dramatic soprano Gladys Kuchta; edited image, based on an historical photograph.] 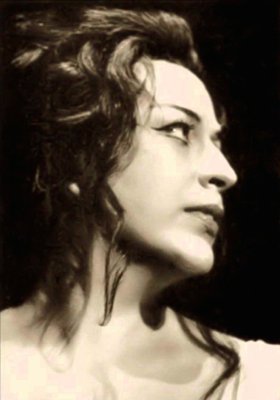 A major presence for almost two decades at the Deutsche Oper Berlin, Kuchta had been impressive in her two roles in the 1964 season with the San Francisco Opera, but, this was her second-to-the-last performance at the War Memorial, and except for the 1964 tours to Berkeley and the Southland, she was not to appear with the San Francisco Opera again.

Another artist who was present only for the 1964 and only in two operas was lyric tenor Franco Tagliavini, a 30-year old hailing from the Calabrian city of Reggio Emilia. He was engaged for Ismaele and also for Calaf in Puccini’s “Turandot”, the latter a heavier weight role than his voice would bear. 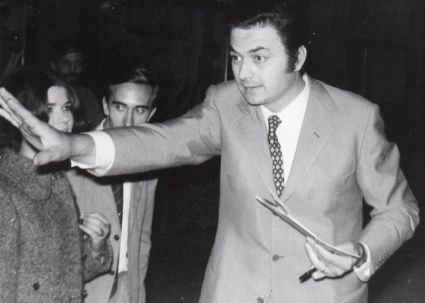 He was a plausible Ismaele, without erasing from one’s memory the vibrant Ismaele of spinto  tenor Renato Cioni three years before. Like Gobbi, this was the last season (and like Kuchta, the only season) he performed with the San Francisco Opera.

No artist was more associated with the Andreas Nomikos sets for “Nabucco” tht Giorgio Tozzi, who performed the role of Zaccaria in all nine performances (three in 1961, two in 1964 and four in 1970) that the production was mounted at the War Memorial Opera House. In a season in which he performed the diverse styles of Zaccaria, Gurnemanz in Wagner’s “Parsifal” and Timur in Puccini’s “Turandot”, he consistently displayed the sonority and command of the lower register that one associates with a great basso.

Janis Martin was cast as Fenena simply as an homage to a tumultuous weekend in 1961 when she achieved a level of fame in opera circles.

She performed the principal role of  Ulrica in Verdi’s “Ballo in Maschera” on Sunday evening and to sing the comprimario role of Giovanna in Verdi’s “Rigoletto” for a Monday student matinee performance. However, San Francisco Opera General Director asked that she add to her schedule for that Sunday and Monday the task of learning the role of Fenena and performing it that Monday night to replace the indisposed Margarethe Bence. Her success in pulling off such a feat was resounding.

Poignantly, as I was preparing this 50-year anniversary remembrance of that evening of October 15, 1964, Janis Martin, who was the last of the five “Nabucco” principals still alive, passed on at age 75.