Note from William: This post continues my series of observances of historic performances that I attended at San Francisco Opera during the general directorship of Kurt Herbert Adler. This is the fourth of 13 such observances of performances from the company’s 1964 Fall season.

Although Richard Strauss’ “Die Frau ohne Schatten” was my third opera on my Saturday night San Francisco Opera subscription, it was my fourth opera of the season. This was because I had added a performance of Richard Strauss’ “Der Rosenkavalier” two nights earlier [see 50 Year Anniversaries: Schwarzkopf, Seefried, Edelmann, Grist in “Der Rosenkavalier” – San Francisco Opera, September 24, 1964,]

As a young teenager I had accumulated a collection of 45 RPM rock records, but, since I found opera as interesting as rock, I also had purchased a complete four- LP album of “Frau ohne Schatten” and marveled at his sumptious sonorities.

Presented in five seasons in two separate productions at the San Francisco Opera between 1959 and 1989, it boasted such names as Rysanek as the Empress, James King as the Emperor, Irene Dalis and Anja Silja as the Nurse, BIrgit Nilsson as the Dyers’ Wife as well as a host of world-famous Baraks (Paul Schoeffler, Eberhard Waechter, Walter Berry).

Yet, although I cherish the experience of seeing these illustrious casts, I found the 1964 to be one of the most satisfying of all.

[Below: California soprano Ella Lee was the Empress; resized image of a publicity photograph.] 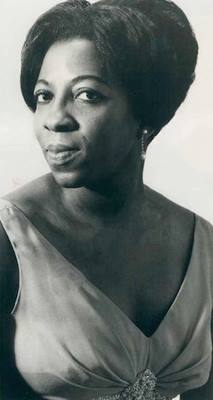 American singers were present in four of the five leading roles, led by soprano Ella Lee as the Empress, with Richard Martell as the Emperor, Irene Dalis as the Nurse, and Gladhs Kuchta as the Dyer’s Wife. Austrian Eberhard Waechter  was the only non-American. Collectively, it was one of the brightest sounding, most effective casts for the complex work that I’ve seen.

[Below: the Nurse (Irene Dalis, above) exerts power over the Empress (Ella Lee, below); edited image, based on a Caroyln Mason Jones photograph, courtesy of the San Francisco Opera.]

It was also an artistic triumph for Jean-PIerre Ponnelle, the French set designer, in time director, whose famous sets for San Francisco helped establish his international career.

[Below: Massachusetts dramatic soprano Gladys Kuchta as the Dyer’s Wife; edited image of a production photograph] 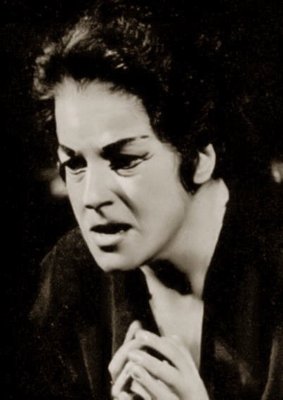 In the case of every on eof the five principal cast members (Lee, Martell, Dalis, Kuchta and Waechter), I attended at least one other performance in San Francisco, although only Dalis was I to see again after the 1964 season.