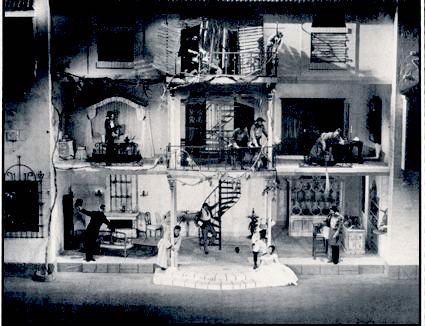 Note from William: This post continues my series of observances of historic performances that I attended at San Francisco Opera during the general directorship of Kurt Herbert Adler. This is the fourth of ten such observances of performances from the company’s 1963 Fall season.

I was in my first term as a junior in college. Since my freshman year, I had an Orchestra seat for the Saturday subscription series at the San Francisco Opera.

Two weeks earlier, I had seen Joan Sutherland and Renato Cioni in Bellini’s “La Sonnambula” and the previous Saturday had seen Leontyne Price and Sandor Konya in Verdi’s “Aida”. Two nights before I had even been persuaded by my supervisor of my dorm cafeteria job to leave work early with her to see James McCracken as Samson in Saint-Saens’ “Samson et Dalila”.

Now it was Saturday night again, and my chance to see my first Rossini opera ever, the most popular of all comic operas, “The Barber of Seville [Il Barbiere di Siviglia]”.

This was my first time seeing 34 year old German baritone Hermann Prey in performance in one of his signature roles. (Later that season, I was to see Prey and Cesare Valletti, his Almaviva in this performance, teamed again in Mozart’s “Cosi fan Tutte” and 19 seasons after that in the “other” Figaro role, the title role of Mozart’s “The Marriage of Figaro”.)

[Below: Baritone Hermann Prey was Figaro; resized image of a promotional photograph.] 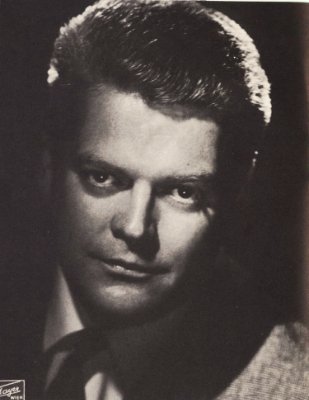 An ebullient Rossini Figaro, he was masterful comedic actor as well and handled the famous patter of the Largo al factotum effortlessly.

Most closely associated with tenor Fritz Wunderlich (who was to be dead within three years), Prey epitomized the classically trained European vocalist of which his many recordings of opera and lieder are testimony.

Although his childhood was spent in Nazi Germany, and at 16 was about to be drafted into the German army, when Germany surrendered, unlike so many of the European operatic artists who appeared at the San Francisco Opera in the early 1960s, he was young enough to have the opportunity to pursue a normal international career.

This evening was the San Francisco Opera debut of American soprano Reri Grist, and her success proved to be yet another example of General Director Kurt Herbert Adler’s ability to identify who is to become a major opera star early in the artist’s career.

The 31 year old leggiero soprano had begun her career in musical theater, first in the  “Micaela” role in Oscar Hammerstein’s “Carmen Jones”, his adaptation of Bizet’s “Carmen” in an African-American context. Then she was cast as in Bernstein’s “West Side Story” in the role of the Shark gang’s Consuelo (who sings the classic song Somewhere).

At age 26, Grist made her Santa Fe Opera debut, where she sang Blondchen in Mozart’s “Abduction from the Seraglio” and Adele in Johann Strauss’ “DIe Fledermaus”. A year later she made her European debut at the Zurich Oper, where she first sang most of the roles that she was later to perform in San Francisco. 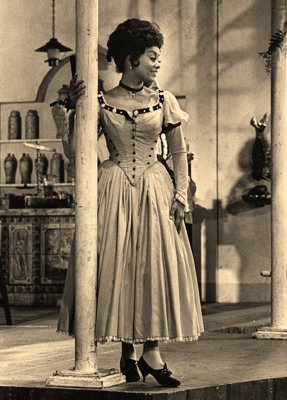 Grist was the leading San Francisco Opera soprano in the soubrette and leggiero lyric roles between 1963 and 1967. She returned in 1969, and then again in the Adler Farewell season of 1981 (and in 1990 in a cameo role), but in 1963 I saw her in three roles, and seven additional roles over the next four seasons.

If Hermann Prey’s postwar operatic career began at an early enough age to have a full international career, the lyric tenor Cesare Valletti did not have such an opportunity. Valletti was 18 in 1940, when Italy allied itself with Nazi Germany in World War II. He did study with the superstar tenor di grazia Tito Schipa in Rome during the war years, but his operatic debut did not take place until age 25.

[Below: Cesare Valletti was the Count Almaviva; edited image of a production photograph.] 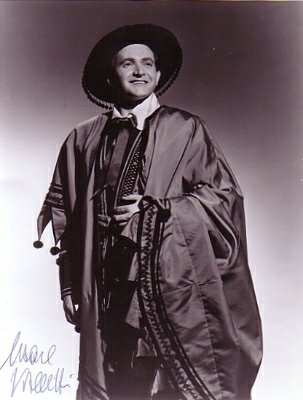 In 1953, at age 31, with an international reputation as a first rank lyric tenor, Valletti made his San Francisco Opera debut as Count Almaviva in “Barber”, singing the role once for the regular audiences and three times at student matinees. He sang in a single performance (in French) of the title role of Massenet’s “Werther” with Giulietta Simionato. He also participated in the Los Angeles, Sacramento and San Diego tours, performing Almaviva once in each city and Werther once in Los Angeles.

In Valletti’s return to the War Memorial in 1963, he sang Almaviva three times (I saw the second of these three), and Flamand in Richard Strauss’ “Capriccio” and Ferrando twice each. His commercial recordings provide a testament to his artistry.

The “Barber” production was an historic one, conceived  by stage director Günther Rennert, who had spent his 20s and early 30s learning his craft in major German opera houses during the Nazi period.

The idea for a new production of “Barber” was first realized for the newly reopened Hamburg Staatsoper, whose original building had been destroyed by Allied bombing. 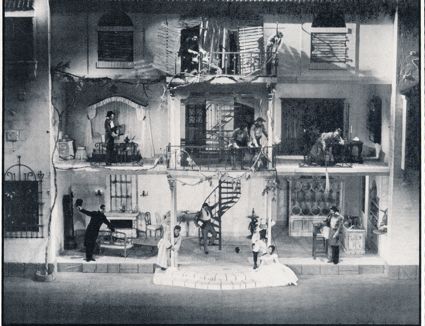 The sets and costumes were designed by his frequent colleague, Alfred Siercke. The sets consisted of a tic-tac-toe grid-like box set, in which different squares are used for particular scenes, allowing for fast-paced scene changes. The sets were recreated as a new production for the San Francisco Opera.

The production continued to be used by the San Francisco Opera through the 1997 season, and variants of the Rennert-SIercke collaboration are still used in Europe. 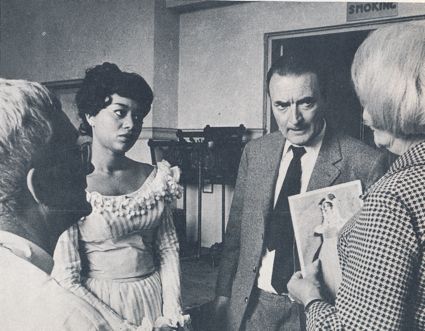 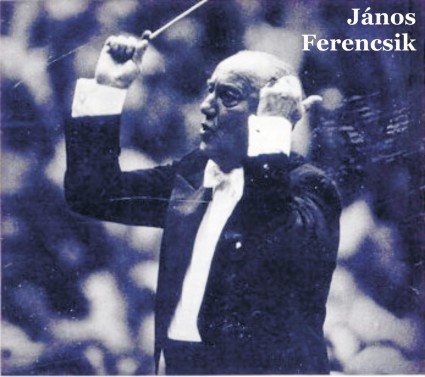 This Rennert-Siercke production, conducted by Ferencsik and starring Prey, Valletti and Grist, was an introduction to San Francisco audiences, as well myself, to the state of the art of “Barber” productions as it existed in the early 1960s, reflecting the best of postwar European opera performance.

This was still a time when most opera audiences had never seen any Rossini opera other than “Barber” performed, and even those “Barber” performances traditionally cut Almaviva’s extensive, opera-ending rondo-finale – a cut that is becoming increasingly rare as the movement for authentic performances of Rossini’s operas increases in strength.  Soon, Rossini’s other famous comedies – “L’Italiana in Algeri” and “La Cenerentola” would be performed by the San Francisco Opera.

In 1979 and 1981 respectively, Adler would add Rossini’s serious operas “Tancredi” in a semi-staged version for Marilyn Horne and “Semiramide” for Horne and Montserrat Caballe. (I would later see “Tancredi” fully staged for Horne by the Los Angeles Opera.)

Then, during the back to back general directorships of Terence McEwen and Lotfi Mansouri (from 1982 to 2000) San Francisco audiences (myself included) would be introduced to both the Italian and French versions of “Guilliame Tell”, as well as to Rossini’s “Otello” and “Maometto II”.

Rossini operas have been absent from the War Memorial Opera House for the past six seasons (“Barber” returns this fall in the Sagi production) but the rarer Rossini have been represented in the Santa Fe Opera 2012 and 2013 Festivals. Rossini’s “La Donna del Lago (the Lady of the Lake)” will be Santa Fe fare a few weeks from now.

Such a rich and varied experience with Rossini’s operas would have been unexpected five decades ago.