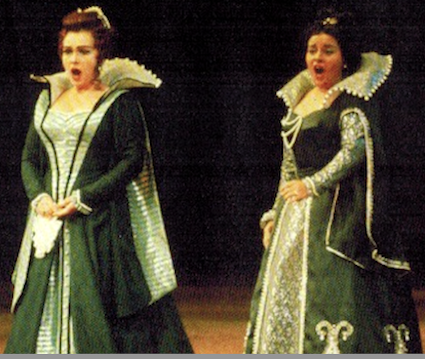 Note from William: This post continues my series of observances of historic performances that I attended at San Francisco Opera during the general directorship of Kurt Herbert Adler. This is the fifth of six such observances of performances from the company’s 1962 Fall season.

In 1962, the San Francisco Opera, in a departure from tradition, borrowed a production of Mozart’s “Don Giovanni” from another company, the Dallas Civic Opera (predecessor of the Dallas Opera).

The production was one of the first American productions by Italian filmmaker and opera set designer Franco Zeffirelli. His creations in Dallas included this and a production of Verdi’s “La Traviata” created for soprano Maria Callas. It evoked architectural massiveness and solidity. 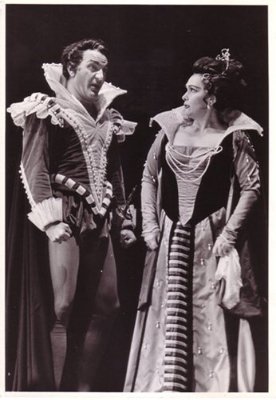 Having seen German soprano Schwarzkopf’s dignified Fiordiligi [see Cosi Fan Tutte – October 25, 1956] and Marschallin [see 50 Year Anniversaries: Schwarzkopf, Boehme in San Francisco “Rosenkavalier” – September 29, 1960], I was pleased to see assay the role of yet another proud lady, although one willing to abandon her pride to get her man.

(My friend and colleague, former San Francisco Examiner critic Arthur Bloomfield in his historical treatise 1922-1978 The San Francisco Opera described Schwarzkopf as “an epical, near-Camp Elvira, playing the part with a touch of high melodrama”.)

I doubt that  neither Bloomfield nor Schwarzkopf could have imagined some of the ways that Donna Elvira would be played in later decades.

Another performance, to me especially memorable in a performance whose every part was extraordinary was the Don Ottavio of Welsh Richard Lewis (well, claimed by Wales on the basis of his parents, although he himself was born and raised in Manchester).

Lewis had been Ferrando with Schwarzkopf in the “Cosi” that I noted above, as well as the Captain in the “Wozzeck” with Geraint Evans a month earlier [See 50 Year Anniversaries: Geraint Evans, Marilyn Horne, Richard Lewis in “Wozzeck” at San Francisco Opera – September 15, 1962]. He had also been Bacchus who brought comfort to the abandoned and confused Ariadne of Leonie Rysanek [See The Woman Without an Equal – Leonie Rysanek in “Frau ohne Schatten”: San Francisco Opera, September 24, 1960].

I have always felt fortunate to have attended so many of Lewis’ performances. He was not only my first Ferrando and Bacchus and the only Captain in Berg’s “Wozzeck” that I had seen for a 21 year period, but he was later to be my first Eisenstein in Johann Strauss’ “Die Fledermaus”, my first Herod in Richard Strauss’ “Salome” and my first Captain Vere in Benjamin Britten’s “Billy Budd”.

In fact, Lewis had the misfortune, from the standpoint of his vocal training, to be 26 when World War II hostilities began in Europe. He enlisted for five years in the British armed forces, then afterwards spent much of his early operatic career (delayed by the War until his early thirties) in Britten’s operatic company.

But when Britten’s lover and life partner, Peter Pears, is an operatic tenor, the ability to stand out as a tenor in a company led by Britten is diminished. Lewis  sought eventually sought recognition of his immense talent elsewhere.

One of the places that obviously relished his talents was the San Francisco Opera, where he performed 16 roles in 11 seasons between 1958 and 1968.

Obviously, I have many personal memories of Lewis’ performances, although none more vibrant that his Dalla sua pace in this performance, for which I can remember every note. It is not uncommon for a tenor (when he has the vocal control to do it in this aria in which breath control is a paramount concern) to sing the reprise of the main theme of the opera sotto voce. He was able to produce a sound so soft and yet able to fill the giant War Memorial Opera House that its effect is unforgettable. At the end, the audience erupted into applause. 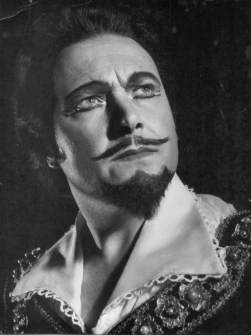 The Year of the Victory of the Angels

However, because the 1962 season was the debut season (and, as it turned out, only season) in which the Spanish soprano Victoria de los Angeles performed in San Francisco, I used the then existing option of exchanging tickets between operas so as to see her in each of the three roles she was performing that year. 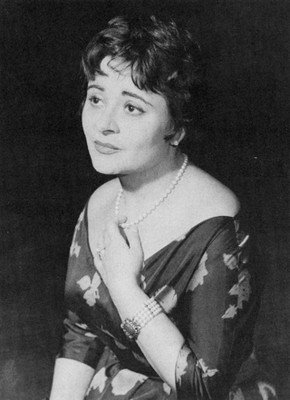 However fond my memories are of Tozzi, Evans, Schwarzkopf and Lewis, I suspect I would not had attended the performance were it not for the presence of the EMI recording artist, Spanish soprano Victoria de los Angeles. As it happened, she was not scheduled at all to perform in any operas that comprised my six opera Saturday night series, yet was singing f0ur performances in three roles in San Francisco.

I had seen de los Angeles in concert when I was a young teenager in San Diego, and possessed her recordings of  Massenet’s”Manon” (which was a prize I obtained when the one and only question that I ever submitted to the Metropolitan Opera broadcast quiz was accepted) and Verdi’s “Simon Boccanegra”.

Therefore I traded tickets among performances of different operas (an option no longer available to the general public in San Francisco) so as to be sure I saw her Desdemona [see 50 Year Anniversaries: McCracken, de los Angeles and Gobbi in “Otello” – San Francisco Opera, October 9, 1962], her Donna Anna, and, a few days afterward, her Mimi in Puccini’s “La Boheme”.

She was everything I expected, a classy Donna Anna, performing her two great arias, as any legendary operatic super-star soprano must, brilliantly.

[Below: Elisabeth Schwarzkopf, left, as Donna Elvira and Victoria de los Angeles, right, as Donna Anna in Franco Zeffirelli’s production of “Don Giovanni”; edited image, based on a photograph, courtesy of the San Francisco Opera Archives.] 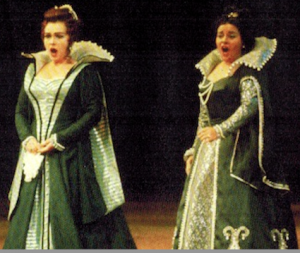 Although Zeffirelli’s sets from Dallas Civic Opera were used, new costumes were created from sketches by Wolfram Skalicki, whose debut with the San Francisco Opera was also the 1962 season in his role as production designer for Stravinsky’s “Rake’s Progress”. Skalicki would be a major figure in production design for the company for the next several years.

Zeffirelli, de los Angeles, Schwarzkopf, Richard Lewis, Geraint Evans, Tozzi, all contributed memorably to my first performance of an opera that remains one of my favorites five decades later.