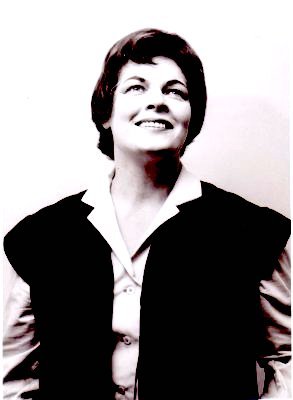 Note from William: This post continues my series of observances of historic performances that I attended at San Francisco Opera during the general directorship of Kurt Herbert Adler. This is the third of six such observances of performances from the company’s 1961 Fall season.

Fifty years ago, as a Freshman in college with an Orchestra seat series subscription to the San Francisco Opera, I attended my third opera of the 1961 season. It was my first performance ever of Beethoven’s “Fidelio”, conducted by Leopold Ludwig. It was also the occasion for the San Francisco Opera debut of Dutch soprano Gre Brouwenstijn and the American operatic debut of Austrian tenor Fritz Uhl.

It was the second of three occasions I had to witness the legendary performances of German bass-baritone Paul Schoeffler, whom I had seen the previous season as Barak in Richard Strauss’ “Die Frau ohne Schatten”.

Yet, even with all the memorable performances from Brouwenstijn, Schoeffler, and Uhl, it was Marilyn Horne in her role debut as Marzelline, who was to become by far the most famous of the artists with American audiences.

Brouwenstijn, 46 years old in 1961, was heralded as the world’s greatest Leonore in Beethoven’s only opera. She was a tall, handsome woman that reminded many  of the contemporary superstar actress, Ingrid Bergman. Equally accomplished in the jugendlich Wagnerian soprano and dramatic Verdi roles (I was to see her one week later in one of the latter), she was a credible actress, and one I would place in the first rank of the great soprano voices that I heard at San Francisco’s War Memorial Opera House.

Brouwenstijn sang only two roles at the War Memorial Opera House in San Francisco – Leonore in “Fidelio” and Amelia in “Ballo in Maschera”, each role performed twice. I saw her first performance of each role, meaning I saw half of her total performances in San Francisco. 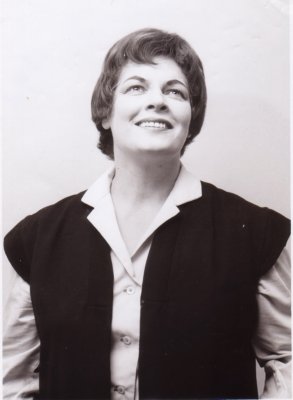 She sang five other performances as part of the San Francisco Opera Company –  one each of “Fidelio” in the tour cities of Berkeley, Los Angeles and San Diego, and a single performance in the title role of Verdi’s “Aida” and as Amelia in Verdi’s “Un Ballo in Maschera” in Los Angeles.

Her Florestan was the 33 year old Austrian tenor Fritz Uhl, appearing in San Francisco the year after he recorded the role of Tristan opposite Birgit Nilsson’s Isolde in Conductor Georg Solti’s Decca recording of Wagner’s “Tristan und Isolde”. Like Brouwenstijn, Uhl sang only four performances in San Francisco, two as Florestan and two as Walther in Wagner’s “Die Meistersinger”. 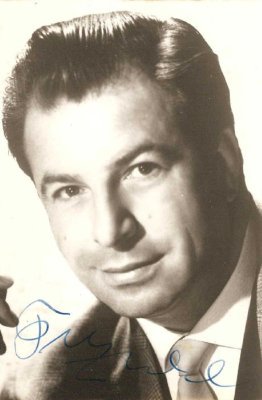 Uhl had a lighter, more lyrical voice than Ludwig Suthaus, the other heldentenor that I had seen five years earlier (who had been Tristan on the famous HMV recording with Kirsten Flagstad). In fact, Uhl had sung the title role of Gounod’s “Faust” in his 20s. He made several studio recordings, and appeared in the Bayreuth Festivals. Obviously a rising star at the time I saw him, he sang beautifully.

Uhl was a contemporary of Vienna’s Leonie Rysanek, and one reflects on how young these two artists were when they took on the dramatic roles in the German repertory by their late 20s. This seems particularly surprising for Uhl, who possessed a voice that, were he beginning his career today, might well have spent a decade or so in the French and Italian lyric repertories, before moving into any Wagner role, much less Tristan.

The San Francisco Opera’s General Director assigned the role of Marzelline, rather than to a light-voiced soubrette as often happens, instead to the larger voiced mezzo-soprano Marilyn Horne. This decision always made sense to me. After all, Beethoven wrote less than a half a dozen arias and no principal in the opera has two to sing. Requesting Horne to sing this role (containing one such Beethoven aria O waer ich schon mit dir vereint) to me was a welcome casting decision by Maestro Adler.

Although the 26 year old Horne had appeared three times the previous season as Marie in Berg’s “Wozzeck” and had one of the smaller roles in Puccini’s “Gianni Schicchi” for a single performance, her role debut in this first “Fidelio” was only the fifth time she had ever appeared in performance at the War Memorial Opera House.

[Below: Mezzo-soprano Marilyn Horne as Marzelline; edited image of a Carolyn Mason Jones photograph, courtesy of the San Francisco Opera.] 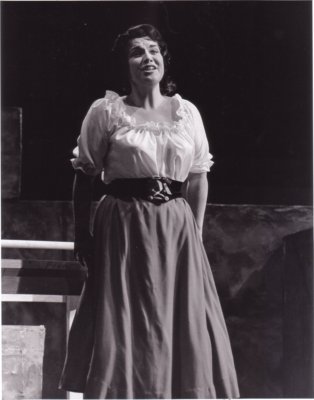 Many of my first performances of specific operas were performed by the San Francisco Opera in those postwar decades during which the European operatic infrastructure was still being rebuilt from the destructiveness of World War II. The great European singers were welcomed in San Francisco and its tour cities. Therefore, so many of my early experiences with opera were in performances in which legendary singers appeared. Thus, my first Don Pizarro in “Fidelio” was the bass baritone Paul Schoeffler. Portraying a villainous functionary of an oppressive state, he sang Pizarro’s aria Ha! Welch ein Augenblick with the expected sinister dramatic flair, but still beautifully. 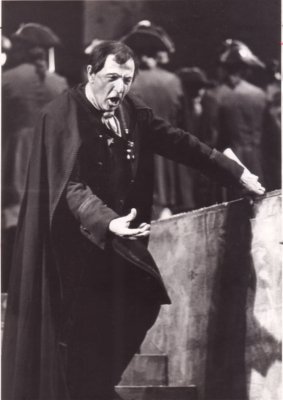 In previous posts, I have referred to Schoeffler’s operatic career in Germany, during decades in which he was unavailable to countries at war with that nation. (See Historical Performances: The Woman Without an Equal: Leonie Rysanek in “Frau ohne Schatten”: San Francisco Opera, September 24, 1960 and Historical Performances: Schwarzkopf, Boehme in “Rosenkavalier” – San Francisco Opera, September 29, 1960.)

San Francisco Opera’s Adler, who himself fled Vienna for the United States in the year of the Anschluss, welcomed such German artists who did not or could not flee such as Schoeffler, Suthaus, and Elizabeth Schwarzkopf to his company. Thus, I was able to experience first hand seeing great artists who were trained in the German performance traditions of each role.

On three consecutive Thursday nights, I had seen great masterpieces by Mussorgsky, Puccini and Beethoven, with performances by Leontyne Price, Gre Brouwenstijn, Marilyn Horne, Irene Dalis, Sandor Konya, Fritz Uhl, Paul Schoeffler and Giorgio Tozzi. Yet I was only half through my season, with three more operas I had never before seen, and more legendary performances by great artists of the day on which to report.