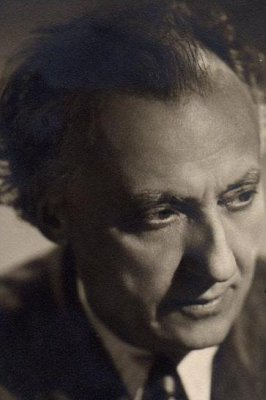 Here is the sixth in Arthur Bloomfield’s occasional series of Time Machine trips into the world of opera three or four generations ago, focusing on the conductors’ art. 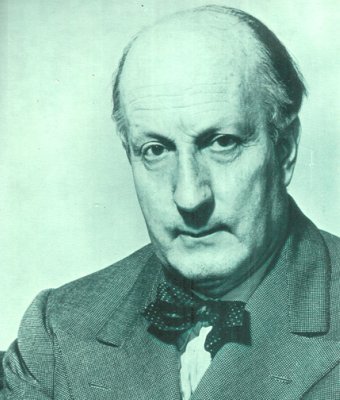 It’s not my habit to lunch with countesses, but some years ago thanks to the insistence of a wealthy friend my wife and I found ourselves at table in a minor Florentine palazzo, just across the street, behind a handsome wall, from the railway goods depot, eating excellent gnocchi al pesto and roast chicken served by a white-gloved retainer.

“I tried to get Muti to join us,” exclaimed the countess whose family had been friends of Puccini, but Riccardo Muti obviously had more important fish to fry, he was about to become music director of the Philadelphia Orchestra!

Well, I wouldn’t have been surprised to encounter Vittorio Gui, that natty maestro generally photographed behind bow tie and expensive double breasted jacket. As aristocratic looking a chap as you could find, Maestro Gui dressed by Fratelli Brooks or Raffaello Lauren. And yes, there was something aristocratic about his conducting. Only that’s just the half of it because he could set a raging orchestral fire with the flick of his baton, make an orchestra do a DOUBLE ZAP in an instant.

Seemingly contradictory elements produced Gui’s penetrating style. On the one hand his performances had a certain formality, a sculptural quality, as if like a master confectioner he’d applied a full set of finishing touches to an elaborate pastry, possibly that awesome Meditazione, a sinfonia of gustatory panache sold on the high street in Perugia.

But within this care of packaging his expressivity never sat still, he was ever ready for a new emotion, a spontaneity observed, as in the overture of his landmark Cetra recording of Bellini’s Norma from ’37, in which finality, yearning, delicacy, swagger, warmth, each in succession, becomes the new, fresh and inevitable face of the music. Music that seems to repeatedly flower anew.

Stand in the magnetic field of Gui’s genius and there are many rewards: a Wagner Parsifal from the Rome Radio 1950 (in Italian with Maria Callas and Boris Christoff!) which is at times so startlingly luminous as to suggest the sonic equivalent of sun-baked stained glass . . .

. . .  a throbbing Aida from the same source a year later in which neat sequences of despair gather themselves like folds of a cape into a spacious rise to the prelude’s final climax (and the dance of Verdi’s priestesses in the second scene is so stately the music’s nose is very high in the air indeed) . . .

. . . and a Naples Nabucco from ’49 (also with Callas) in which the first fortissimo of the overture sounds a veritable Red Alert, and the virgins’ chorus in Act 1 so suggestive of Roll Out the Barrel is taken quite slowly but even in relative repose (or maybe because of it!) achieves tremendous intensity.

Now Gui was almost as much a fixture as Fritz Busch at Glyndebourne, that Sussex nirvana where the audience picnics on stately grass come intermission time.

There’s a broadcast from Edinburgh of the company’s 1949 Ballo in Maschera, Gui establishing his trademark handsomeness of articulation before the curtain on Verdi’s masterpiece is up — yes, Gui makes his orchestral bed with hospital corners. And his gift for characterization is no less quickly apparent: the tenor’s first aria has an easy monarchical swagger. But if this is a playboy king, well surely he had a governess who taught him all about rhythm, how to dot your phraseological i’s and cross those t’s.

Thanks to restrained tempo and dynamics and almost dainty phrasing the baritone’s Alla vita sounds conversational, as if Renato were singing to his friend the king rather than the audience — but it’s okay, of course, for us to overhear!

[Below: Conductor Franco Ghione; edited image, based on a historical photograph.]

The author of these words grew up on the old Cetra recording of Puccini’s Turandot, that exotic operatic animal which wasn’t being sung in the Stati Uniti in the Forties because the dramatic sopranos on the American continent, chiefly Zinka Milanov and Stella Roman, chose not to choke on its terrifying tessitura. San Francisco Opera impresario Gaetano Merola was perfectly aware of the quality of this masterpiece but his hands were tied.

Dating from 1938 in Torino, this load of Cetra discs turning at 78 rpm introduced us to the enchanting fragility of the young Magda Olivero in the role of Liu — this was before her premature retirement and a subsequent comeback that carried her career, before nothing less than a cult following including yours truly, well into her senior citizen years — and also the quintessential robusto of that pulsing Lamborghini of a tenor, Francesco Merli: he took on Calaf with his signature Nessun Dorma although sidestepping the optional high C Martinelli was tossing off with characteristic panache in the second act at Covent Garden.

And the conductor of this first-ever recording of Turandot was a fiery Italian named Franco Ghione whose piloting seemed to a teenager just right, and now, for a much older fellow, no less just.

Certainly Ghione was instrumental (no pun intended) in creating the effect of a “live” recording when it was in fact a studio job from Fiat-ville. Stark opening chords give way to a daunting sense of depravity and indolence in the snake-charmer oboe while the Mandarin drones on about the latest execution of one of Princess Turandot’s ill-fated would-be lovers in old Peking.

Then all choral and orchestral hell breaks loose.

Ghione himself could be something of a Vesuvius. At the time of this recording he was spending a few months each year with the Detroit Symphony where, according to faithful Wikipedia, his insufficient English caused him at times to explode in frustration, vowels flying.

Explosions seem to have been only artistic in the preparation of the three important recordings he left us, the other two being a 1934 La Scala Pagliacci with the sweet-voiced tenor Beniamino Gigli and, “live” from Lisbon in 1958, an iconic Verdi Traviata featuring that dark Garbo of the opera Maria Callas.

Leoncavallo the composer of I Pagliacci left in his score plenty of indications of tempo and nuance — this of course doesn’t mean he wouldn’t have enjoyed certain small deviations from the instructions he settled on for a printer eager to get to the public a book of black and white notes dangling Jungle Gymishly from their frames along the staff.

Exhibit A: Ghione at the very start of the opera creates an instant atmosphere of unforgiving gravity with a tempo a little slower than the 88 dotted quarters of the page, focusing more on the composer’s italicized deciso and vigoroso than the vivace accompanying his metronome marking.

And Tonio’s Un nido di memorie (which always opened the second side of “78” Pagliacci recordings) reaches deeper than usual into the soul of the “author’s recollections” thanks to a tempo a little again below the metro mark. Ah, have I mentioned it before, Sir Adrian Boult the great maestro of the BBC used to say the best performances he remembered were the slow ones.

No less felicitous on Ghione’s part is the finesse and fatefulness of the opening Pagliacci chorus; then in her wistful Ballatella the ill-fated Nedda who’s remembering the ever-liberated song birds of her childhood is quickly flying, but, as the composer requests, without rushing. A little later her candy-covered mockery of Tonio is devastating . . . and hanging, it seems, over everything in the opera alla Ghione: a gauze of regret!

On to Lisbon. What a marvellous collaborator Callas had in Ghione, a conductor of refinement as well as rich dramatic imagination. The act 1 Traviata prelude is profoundly moving, brimming with nuances of tragedy, Verdi’s closing allargando-diminuendo-&-morendo taken very much at their word: the music runs down like a terminally ill patient.

The atmosphere in the first party scene is tense, suffocating, for all the surface elegance of its leggiero-savvy guests. When Violetta is introduced to Alfredo the amorous treble of the orchestra seems in its rolling dotted-rhythm legato to be squeezing out of its veins an exquisite note of compassion. The lovers’ duet is permeated with wistfulness, coming to a broad rapturous close, Violetta and Alfredo trying to hold onto each other against the real world an inch or two away.

That world Ghione observes accurately in act 2 scene 2 when he injects the matador chorus with a laidback meridional swing.

. . . And if only Ghione had had a few more comfortable syllables of English, or more patience, perhaps we would have seen more of him in the U.S. But you know what, I’ve known concert artists who just don’t like to perform in this country from which I’m writing . . .

This article is based on slightly edited chapters from Arthur’s new e-book, More Than The Notes: The Conducting of Toscanini, Furtwaengler, Stokowski and Friends, available at morethanthenotes dot com.