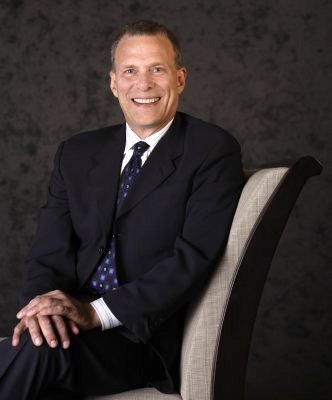 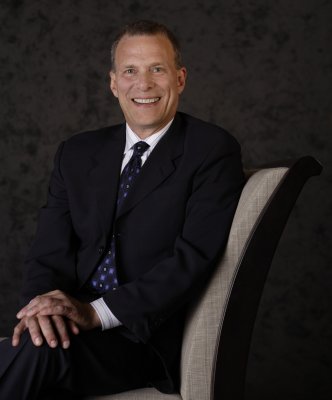 Wm: You have had a long association with Francesca Zambello, and, in a difficult period, stepped in to assure that her conceptualization of Wagner’s “Ring of the Nibelungs” would be completed and ready to be performed by the San Francisco Opera in full in June 2011. Since the first three “Ring” operas have already been performed by Washington National Opera (and “Rheingold” in San Francisco as well) the public has some idea of what to expect. But what will her “Goetterdaemmerung” be like, and will there be any surprises in the first three “Ring” operas?

DG: We decided that we would finish the “Ring” and first perform the full four-opera cycles here in San Francisco, rather than at the Washington National Opera as originally planned. There were advantages to seeing the first three operas of the co-production performed in Washington D.C. We had the ability to cast it differently, with a different conductor.

We have indeed made major changes in the repertory of projections that accompany the orchestral passages. As an example, the whole idea of the “creation of the universe” at the beginning of “Das Rheingold” has been shelved and will be more earth-oriented rather than space-oriented. The “Ride of Walkueres” video projections will be redone and parts throughout the first three “Ring” operas will be tweaked.

In our new production of “Goetterdaemmerung”, the Gibichung family will live in a hermetically sealed environment with plants growing inside their glass-enclosed home. Thus, the purity of the stream in “Rheingold” represents a pristine environment, and the succeeding operas highlight the ravages that have been brought to bear on the natural world. In the end, the planet will be pretty awful, with cells of people living inside these homes and the others ready to leave the earth for Mars.

Bruennhilde’s character will be highlighted as a woman who has seen what the patriarchy that ruled the world has wrought, and her values will ultimately prevail as the old order is destroyed.

Wm: One of Kurt Herbert Adler’s innovations was the decade of broadcasts that started in 1970 and the telecasts that began in 1979. It is generally known that you are having video recordings made of many San Francisco Opera productions of the past few years. The Met is now rebroadcasting many of its historic performances.

DG: We have yet to obtain the rights to reproduce our historical catalogue. We fully intend to achieve that goal when we next conduct negotiations. There is too much good material not to make this available to the public. When we obtain the rights to do so, we will have a whole package of ways to access these performances, including downloading from our website, and both short term and long term streaming.

Wm: You have long expressed an interest in developing venues for producing opera – that would be in addition to the War Memorial Opera House. Please update us your current plans in this area, especially the Veterans Building project.

DG: The most immediate opportunity is the 916-seat Herbst Theater in the War Memorial Veteran’s Building, next door to the War Memorial Opera House, especially if its backstage area can be expanded and its theatrical facilities modernized.

There is a significant opportunity here. The Veterans Building is scheduled to be closed for seismic refitting. The San Francisco Jazz Orchestra is moving to its own theater. We are hoping that enough dates could be freed up during the periods when the San Francisco Ballet is using the War Memorial Opera House that we would be able to do operas there appropriate to that venue. I do not see anything else in the City of San Francisco becoming available other than this.

Wm: Every opera devotee is interested in knowing what operas are being planned for future seasons. Obviously, any opera company director can reveal only a certain amount of what is being planned, but it would interesting if you could share some of the operas that you and Nicola Luisotti are discussing doing “should things fall into place” for you.

DG: First, we will be doing a lot of Verdi operas, from Verdi’s early period on. As we identify appropriate casts and productions, we will readdress the entire Verdi repertory. We started on the Puccini operas, and those will continue to be very much in the center of our planning, as will the operas of Mozart and Wagner.

Our Italian repertory will be done to the pinnacle. We will not take any of these masterpieces for granted as operas that can be produced with very little effort. It will be a huge priority to do everything we mount at an international level.

We will be doing some French opera. You will see finally see Berlioz’ “Les Troyens” (missing since 1968 and never performed in a complete version at San Francisco Opera)

We will be doing Wagner’s “Die Meistersinger”. It may take us longer to get deeply into the operas of Richard Strauss.

From more recent eras, we will mounting Heggie’s “Moby Dick”, Adams’ “Nixon in China” and Floyd’s “Susannah” and will introduce composer Daniel Catan’s work to the San Francisco Opera stage.

Wm: What became of the announcement of William Friedkin, in the Los Angeles Opera program for “Il Trittico” in 2008 that he would develop a new production of Boito’s “Mefistofele” for San Francisco Opera?

DG: In that same program he announced that he would be doing two operas for La Scala in Milan, one of which, the “Mefistofele”, would be a co-production with the San Francisco Opera. When the other proposed production ran into problems, neither moved forward. A Friedkin “Mefistofele” co-produced with La Scala, is not in our plans.

Wm: What do you wish to be your legacy in this opera company?

DG: Someone will have to take over the General Directorship from me in the not too distant future and carry this work on. I would like to see that there is a company with a comfortable endowment and facilities where the cost structure makes sense.

The company should not be so dependent on its annual fundraising. One of the scariest things is how large a percentage of our budget is dependent on less than a dozen “megadonors”. To replace a single megadonor, it requires finding hundreds of new “fledglings”. We try to get everyone we can to move into the next highest donor category.

Ironically, we serve the Bay Area that is one of the world’s largest centers of new wealth. But so many of the new generation of potential megadonors have such priorities as the environment, social programs, health, and international relations. Hopefully, we can find among this new philanthropy some interest in the arts.