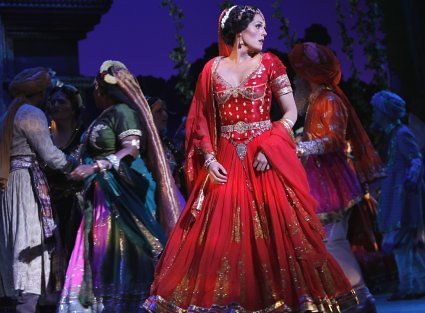 After the Fall of Emperor Napoleon III, France decided to give Republicanism a third chance, and, this time it put down roots, with no monarch nor emperor sitting on a French throne ever since.  There were 20th century catastrophes to come, and some political and social turmoil at the end of the 19th, but, all in all, France’s last three decades of the Nineteenth Century and its years before World War I were of such prosperity and general good cheer that they will always be known as La Belle Epoque.

In opera, there was a great tragedy, the death of Georges Bizet at an early age, but his legacy remains intact through the creation of the world’s most popular French opera –  “Carmen”.  But Bizet’s successors, each of whom absorbed the dramatic and musical lessons of Richard Wagner – either embracing or tactfully avoiding this or that Wagnerism according to that composer’s personal musical and dramatic philosophy – include some worthy opera composers of the first rank.  Interest in the operatic works of the triumvirate of Jules Massenet, Camille Saint-Saens and Leo Delibes is noticeably on the increase, along with performances of their works.

Scottish stage director David McVicar is one of the most impressive of contemporary production designers, and Chicago has already mounted his approaches to Handel’s “Julius Caesar”, Verdi’s “Il Trovatore” and Britten’s “Billy Budd”. 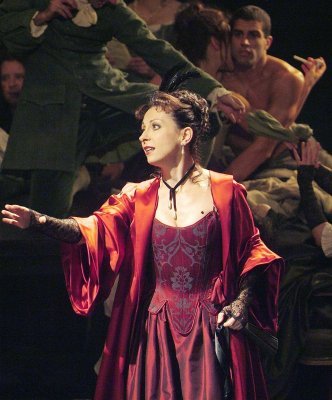 For the opening of its 2008-09 season, Lyric Opera has secured McVicar, and the English National Opera production he created and then reprised in 2007 for Barcelona. The Lyric also has engaged French soprano Natalie Dessay, McVicar’s Barcelona star, for the title role.

For a review of a quite different approach to Massenet’s “Manon”, see: “Thriller”: Paterson Links with Netrebko, Villazon and Domingo in L. A. “Manon” – October 5, 2006

Pittsburgh Opera has chosen Saint-Saens’ extraordinary masterwork as the vehicle for a Pittsburgh Opera favorite, Mezzo Soprano Stephanie Blythe, in performances led by Pittsburgh Opera’s music director, Antony Walker, who has a special rapport with the French repertoire.

The Samson will be dramatic tenor Frank Porretta (whose father of the same name was himself known for his French tenor roles). Porretta’s services were secured after the unexpected death in mid-August of the originally announced Mark Lundberg. Kim Josephson is the High Priest of Dagon and Harry Dworchak is Abimelech. Liam Moran is the Old Hebrew. The Bacchanale will be staged by Michele de la Reza and Peter Kope of Pittsburgh’s Attack Theater.

[Below: Act III of the Hawaii Opera Theater production, which has been purchased by and is being redone by the Pittsburgh Opera. Chained to pillars in the background is the late Mark Lundberg (Samson); edited image, based on a photograph by Cory Lum, provided by Pittsburgh Opera.] 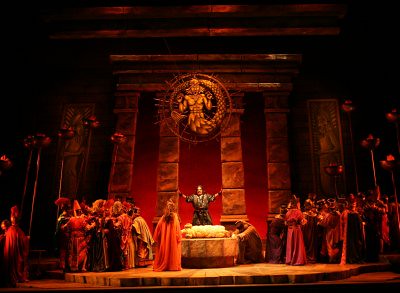 For discussions of “Samson” and reviews of  two recent performances of the opera, see: Seductive Denyce Graves Enthralls San Diego in “Samson et Dalila” – February 23, 2007 and:

The legendary basso Ferruccio Furlanetto seems to save some of his most famous roles for San Diego.  This  coming Valentine’s Day he brings his Don Quixote – which Massenet and his librettists extracted from the Cervantes classic – to the United States for a four performance run. 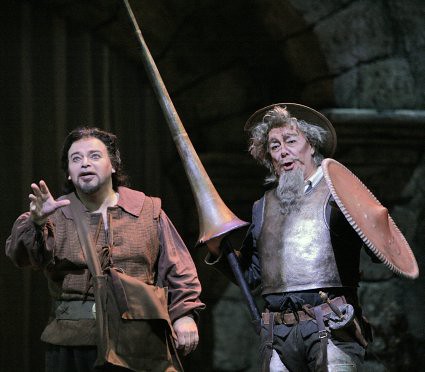 Ralph Funicello is the set designer and Missy West is creating the costumes. Karen Keltner conducts.

The 2006 production for Opera Australia’s Melbourne and Sydney homes, co-produced with the Opera de Montreal, is presented in Miami with the key members of the Australian creative team, set and costume designer Mark Thompson and stage director Adam Cook.

Alternate casts appear in the two principal roles, with Leah Partridge and Evelyn Pollock the Lakmes and Bryan Griffin and Chad A. Johnson the Geralds. Barak Bilgili (Nilakantha) and Aaron St Clair Nicholson (Frederic) are scheduled for all eight performances. Stewart Robinson is the Conductor. 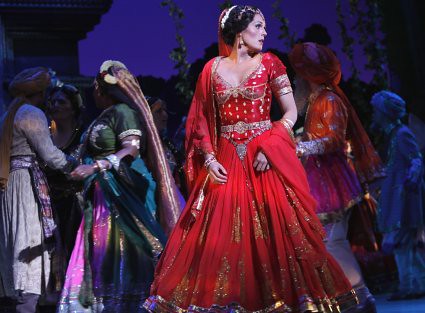 Among the admirers of Leos Delibes’ compositions is Pyotr Tchaikovsky, another composer that produced, like Delibes, lasting works in both opera and full-length ballet.

The 21st century rediscovery of this beautiful opera and the continued increase in the number of performances demonstrates that the operatic cognoscenti are beginning to take a closer look at Delibes’ work and are confirming Tchaikovsky’s opinion.

For a discussion of the opera, and the review of a recent performance, see: Sarah Coburn’s Ravishing Tulsa Opera Lakme – February 29, 2008.