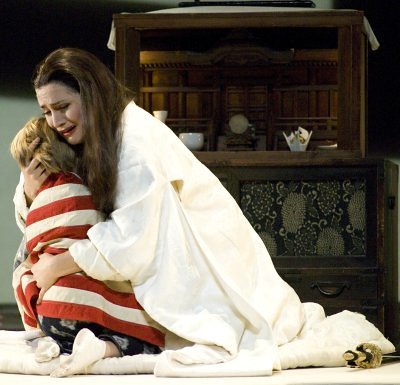 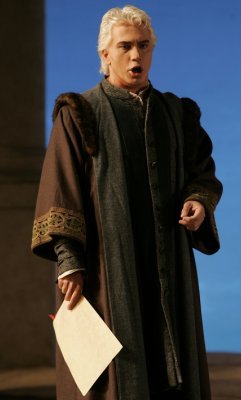 San Francisco Opera’s General Director David Gockley made clear early in his tenure that the great operas for Verdian baritones would be an important component of his repertory and casting choices, and he hit the road running with Paolo Gavanelli’s 2006 Rigoletto and Thomas Hampson’s 2007 Macbeth.

He has chosen “Simon Boccanegra” as his 2008 Fall Season opening night, casting Dmitri Hvorostovsky, who has achieved idol status with San Francisco audiences, in the title role.

Hvorostovsky first sang Boccanegra two seasons ago at the Houston Grand Opera (a casting choice surely made by Gockley when he was Houston’s Director) in an extraordinary performance that illuminated how large and dramatic his voice has become.

With Gockley determined to introduce some of the world’s great singers that his predecessor San Francisco Opera general managers had never engaged, Hvorostovsky’s daughter, Maria Amelia, is played by the debuting Italian soprano, Barbara Frittoli (who is spelled for the September 9 and 18 performances by Ana Maria Martinez). Vitalij Kowaljow is the Fiesco, Marcus Haddock the Gabriele Adorno and Patrick Carfizzi the Paolo.

The effective Michael Yeargan production from Covent Garden was seen in San Francisco in 2001 (and in Houston in 2006), and the 2001 team of Conductor Donald Runnicles and Stage Director David Edwards returns.

For a review of the Houston Grand Opera production of 2006, see: Hvorostovsky, Guryakova, Berti Excel in Houston “Simon Boccanegra” – November 4, 2006 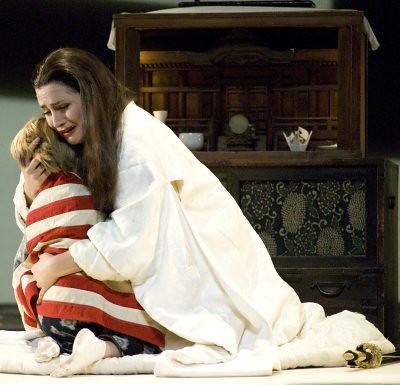 In Winter 2008 we observe the 150th anniversary of Giacomo Puccini’s birth. Every opera lover who is able should attend a live performance of a Puccini opera.

For those who can get to Denver, this is an opportunity to see one of the treasures of the San Francisco Opera –  the incomparable Ron Daniels-Michael Yeargan production of the 20th century’s most performed opera, “Madama Butterfly”.

For past reviews of the Daniels-Yeargan production, see: Puccini, Daniels, Yeargan and Racette Team for Masterful S. F. Butterfly – June 18, 2006 and: 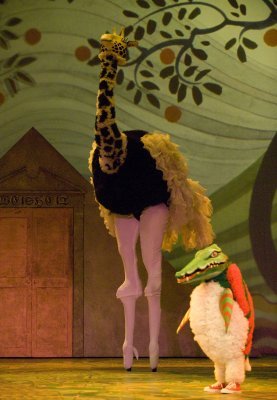 Whether or not one is familiar with artist/cartoonist Gerald Scarfe’s amazing contributions to the classic rock flick Pink Floyd The Wall, itself operatic in its scope, Scarfe’s whimsical approach to the set designs, costumes and menagerie of Mozart’s fanciful opera gives yet another clue to the mind of this genius of imagination.

Two casts, all new to Los Angeles Opera, alternate the principal roles: Matthew Polenzani and Joseph Kaiser are the Taminos, Nathan Gunn and Markus Werba are the Papagenos, Marie Arnet and Erin Wall are the Paminas, L’Ubica Argicove and Albina Shagimuratova are the Queens of the Night, Guenther Groissboeck and Morris Robinson are the Sarastros.  James Conlon conducts, Stanley M Garner directs the Peter Hall production.

For the performance review, see: The Magic Scarfe: “Zauberfloete” in San Francisco – October 13, 2007

The David Hockney production of “Tristan und Isolde”, one of the treasures of the Los Angeles Opera, has charmed audiences in California in three different decades, most recently with a 2006 mounting in San Francisco and a 2008 return to its home audience at the Dorothy Chandler Pavilion.

[Below: Deborah Voigt, the Lyric Opera Isolde; edited image of a Ken Howard photograph provided by Lyric Opera of Chicago.] 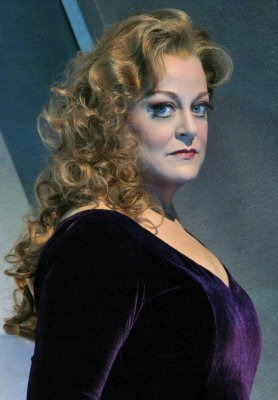 What Hockney has created is a production of “Tristan” that is as colorful and appealing to the eye – with its palette of pastels for the ornate sets and solid primary colors for the costumes – as Wagner’s sonorities are to the ear.

Chicago audiences are scheduled to experience something that no California audiences have heard so far – Deborah Voigt in performance as Isolde. Clifton Forbis is Tristan.

Juha Uusitalo, whose Kurwenal is one of his most effective roles, co-stars with the estimable Petra Lang as Brangaene and Stephen Milling as Marke.  Jose Maria Condemi is the director and Sir Andrew Davis conducts.

For reviews of the two most recent mountings of this production, see: The Runnicles, Hockney “Tristan” in S. F. – October 22, 2006 and: