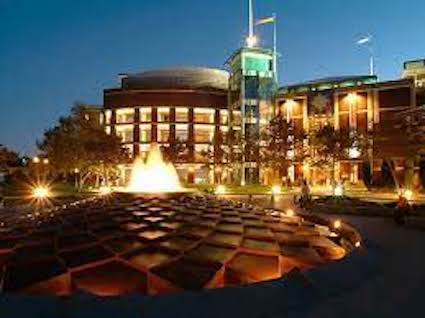 While additional lengthy reviews of opera performances by the San Francisco and Houston Grand Operas are prepared, as a change of pace, we are posting Tom’s review of a delicious presentation of Lehar’s “The Merry Widow” at the Cerritos Center for the Performing Arts, as the 2007 Czech Opera Prague’s tour journeys to the Far West. This provides an opportunity to comment on the tours of the U. S. by Eastern European opera companies, organized by the husband and wife team of Jenny Kelly and Giorgio Lalov. It also provides an opportunity to highlight yet another promising venue in California’s Southland for presenting opera.

Perhaps 99% of the operawarhorses.com readership may be unaware that opera is happening in Cerritos – and most likely do not know even where Cerritos is. Therefore, Tom’s review is focused on what the new house is all about, what its management currently presents, where to find it, where to park, and where to eat. (Similar questions are often asked of the Orange County Center for the Performing Arts, a few miles away.)

What? You have never heard of either Pontevedra or Cerritos? The Merry Widow is a native Pontevedrin, whose late, rich husband has left her 20 million, a significant portion of the net worth of the tiny mythical European country Pontevedra (perhaps a bit like miniscule San Marino). She is a guest of the Pontevedrin consulate in Paris. The Pontevedrins on hand plot to make certain she marries a fellow countryman so that she (and the 20 million) can live happily ever after with her own kind.

And you have not heard of Cerritos? Welcome to a new opera venue – plus a performing arts scene in Southern California midway between the L. A. Opera’s home in the downtown Music Center and O.C. Center for the Performing Arts, where Opera Pacific makes its home. (See William’s Reviews of the Opera Pacific presentation of the Gergiev/Mariinsky production of Wagner’s “Das Ring des Nibelungens”. Those reviews sprawl over the November and December 2006 and January 2007 archives.)

The Cerritos Center for the Performing Arts is a lovely European style theatre with all of the amenities, set in a leafy park-like environment with fountains and sculptures – most civilized indeed! The Cerritos Center hosts a wide sample of the performing arts, from the Juilliard Quartet to country music, from ballets (such as the Moiseev Classical Ballet) and symphonies to headliner personalities such as Bill Cosby and Garrison Keillor. Cerritos will also host two Teatro Lirico d’Europa performances of Puccini’s “Tosca”, scheduled for February 2008, and the Carl Rosa Opera Company’s recreation of the original 1885 English Savoy Theatre production of Gilbert and Sullivan’s “The Mikado”.

The periodic U.S. tours of the Czech Opera Prague, the Teatro Lirico d’Europa, the Mozart Festival Opera and the Moiseev Russian Classical Ballet and Orchestra are the brainchildren of former Teatro Lirico opera singer Jenny Kelly who, with her husband, Giorgio Lalov (also a former opera singer), have developed second careers as promoters of touring European companies to less traditional venues for opera, operetta and ballet performances.

Although the Czech Opera Prague has its own productions, in the case of the Teatro Lirico and other touring opera organizations, the Kelly-Lalov company even creates the physical productions and stores some sets in Bulgaria and some in the United States between tours.

[Below: the Cerritos Center for the Perfoming Arts; edited image of a publicity photograph.] 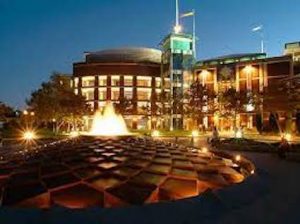 “Merry Widow” was presented in German October 19 and 20. The Czech Opera Prague cast was elegantly and traditionally costumed, had excellent physical sets and a fine chamber orchestra, ably conducted by a 35 year old Slovakian, Martin Mazik. The company toured the United States (and came to Cerritos) in 2005 in collaboration with the Teatro Lirico in an opulent production of Johann Strauss’ “Die Fledermaus”, with soloists from the Prague State Opera.

Although the sets were on a less grand scale than what one expects at the Los Angeles or San Francisco Opera companies, the ticket prices for the best front orchestra seats in Cerritos were around $40, one-fifth of the price of comparable seats in L.A. or San Francisco.

The artists in this year’s presentation were primarily Bulgarian and Czech, the standout being Hristo Sarafov, a superb stage actor as well as opera soloist, cast as the story’s plotting protagonist Baron Mirko Zeta. I enjoyed his acting in this gotta-be-fun role more than any of the 25 or so productions I have seen of this piece.

In the story he achieves his goal, and the Merry Widow agrees to wed fellow Pontevedrin Count Danilo, providing the setting for some of the most scrumptious operetta music ever! The cancan scene in Act III, set at Maxim’s in Paris is full of color, action and laughs, the highlight of an outstanding evening of music that received a well-deserved standing ovation. (The 2007-08 tour of this production of the “Merry Widow” continues to New London, Connecticut; Schenectady, New York; Naples, Florida; Lawrence, Kansas; St Louis, Missouri; Daytona, Florida; Boston, Massachusetts; and Atlanta, Georgia.)

Although the Cerritos Center, close to the intersection of Interstate 605 and California Highway 91, is freeway-accessible, you want to allow time for very heavy afternoon traffic. Go early and enjoy pre-concert dining in the many places to eat within easy walking distance. Upscale restaurants include the Grill 91, only a splashing fountain away in the Cerritos Sheraton, and the stylish Arte’ Cafe. More modest prices may be found at the chains, represented by TGI Friday and a Mimi’s Cafe. For a great barbeque, the Wood Ranch BBQ and Grill is personally recommended. All are delightfully close at hand. For additional information, the Cerritos Center website is www.cerritoscenter.com.

The Teatro Lirico describes itself as the most successful touring opera company of all time in both Europe and the United States, and is successful without any government support. Private sector entrepreneurship and opera production have not usually been thought of together, but it is clear that Kelly and Lalov have developed an artistic package for which there is a considerable demand.