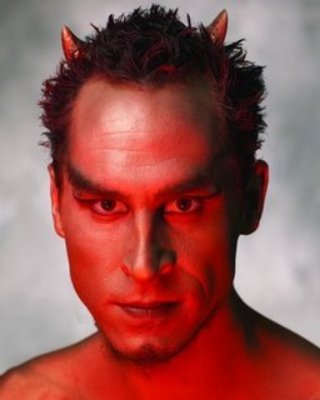 Last year, the Wall Street Journal’s opera critic Heidi Waleson called Gounod’s “Faust” a “silly opera”, employing a phrase apparently designed to show her condescension to the task of reviewing the Met’s then new production. There was no accompanying essay explaining why Ms Waleson so characterized the venerable French opera.

I have always looked forward to Ms Waleson’s opinions of the 21st century operas, and the revivals and new productions of 20th century works, that she obviously relishes reviewing. Since she was tasked to comment upon last year’s new “Faust” production at the Met, I took her comments as a shot across the bow to her bosses back at the WSJ that she did not consider that opera (and thus the assignment) as something that interested her.

Now, Offenbach’s “La Perichole” – to take the first example that pops into my mind – might be regarded as a silly opera, or, more properly, operetta, although I reserve the right to give considerably more thought as to whether Ms Waleson’s indictment might even apply there. But I think it is decidedly not a fair way to describe the Gounod work.

We, as a species, have been of two minds about Gounod’s opera. Obviously, most of us that have an opinion on opera, like the work. Once established, after some early tinkering as to what would be its final form, it became wildly popular – one of opera’s enduring megahits.

[Below: Kyle Ketelsen is Mephistopheles in a Minnesota Opera production of Gounod’s “Faust”; edited image, based on a Michal Daniel photograph for the Minnesota Opera.] 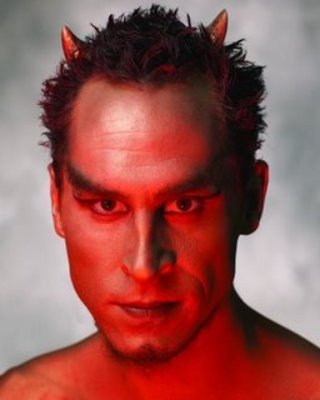 Paris was one of the great operatic centers of the early and mid-19th century, and a standard repertoire of works by Auber, Boieldieu, Halevy and Meyerbeer filled its opera houses. Yet no French opera that existed before “Faust” can be said to have retained even a miniscule fraction of the popularity of “Faust” and only one French opera composed after it, Bizet’s “Carmen”, exceeds it in popularity.

Some have argued its popularity has waned a bit in recent years, but that is probably an illusion. Some leading operatic houses revived it less often in the late 20th century than they did in earlier decades, but we now have more opera companies than ever before, many of which like the devil’s bargain of sold-out opera houses in exchange for mounting this popular work.

There is another driving force – a neo-conservatism among many operatic voice teachers. Dismayed at the vocal problems of Maria Callas and other prominent examples from the 1960s and 1970s, and observant of the vocal longevity and artistic integrity of such artists as Alfredo Kraus, these teachers steered promising students into the lighter, voice-friendly roles of the French repertoire.

So we have a wonderful economic equation of a supply of international singers prepared to sing Gounod’s lush melodies and audiences ready to pay for tickets (remarkable since they are priced at levels that no one would have imagined even five years earlier).

Obviously, Ms Waleson’s swipe at the opera derives from a tradition that has accompanied the opera from its composition. A brilliant humanities, music or literature student might even consider preparing a term paper that analyzes the “case” against Gounod’s extraction of the Faust-Marguerite (Gretchen) love affair in Goethe’s “Faust, Part One” as a subject for a Parisian opera. Yet, if one boils down those arguments the residue will seem to be more about antagonistic Franco-German world views than any valid critique of the opera’s dramatic construction or compositional technique. 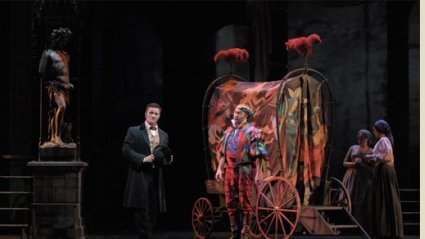 Those who have not gone through the exercise of sorting out why people do not like what Gounod and his librettists did to the story of Faust and Marguerite, will assume that there is something weighty in the arguments – that “Faust” is indeed an unworthy work, a meritricious exercise, a “guilty pleasure” of those who can abide it.

But I submit that the philosophical questions that mattered to Goethe 200 years ago when he was writing “Faust Part One” have begun to fade as things that matter to us today (especially when we have checked ourselves into an opera house for an evening of pleasure). Nor need we be stressed about the fact that no German artist has ever produced an opera derived from Goethe as popular as the one that Gounod was working on 150 years ago.

Goethe, as we know, had proposed to Mozart, when he was just thinking about the idea of writing the play, that he collaborate with him on making “Faust” into an opera. (I imagine that the banquet scene of “Don Giovanni” with the stone guest and demons and the Two Armored Men scene in “The Magic Flute” give us some clues as to how parts of Mozart’s “Faust” might have sounded.)

It would have been an interesting work. Goethe and Mozart were philosophically (with all the Germanic weight that adverb implies) in agreement on many issues. Both saw cosmic significance in the story line of “The Magic Flute” that seems far less profound to even the most Mozartean and Goethean of 21st century observers. But Mozart was dead years before “Faust Part One” was published, and Goethe was dead before any opera on the subject achieved any degree of success.

Although the Continental prejudice against the translation of a Germanic literary icon into a Parisian hot ticket opera is an interesting subject, it is even more intriguing to contemplate why “Faust” displaced and has outlived all the 19th century French operas that preceded it.

First, I submit, that despite all the Goethean trappings of God and Satan wagering over the soul of one professor in medieval Germany (which makes a spectacular beginning for “Mefistofele”, Boito’s operatic version) what Gounod and his librettists extracted is a very accessible, human scale story.

Even with its introduction of supernatural elements (Mephistopheles and the avenging angels), it is a retelling of a story as old as time – a woman victimized by a man with something to hide, abandoned and left pregnant and literally at her wits’ end. Stated this way, the story seems to have an operatic ring to it. But that also is an illusion. There is virtually no other situation recounted in opera’s standard repertoire like that in which Marguerite finds herself. (There is, of course, Margherita in Boito’s “Mefistofele”, which exists on the fringes of the standard repertoire, but this is from the same source material.)

What, then, is Gounod’s “Faust” about? In a small medieval German town there lives a young woman, whose brother, a soldier, is stationed nearby. She produces yarn at a spinning wheel. An adolescent neighbor has a crush on her.

A handsome stranger, who has a frightening and annoying sidekick, catches her eye at the fair. The stranger has a backstory, that we in the audience know about from the opera’s first scene. The stranger actually is an old professor who, having spent his life pursuing knowledge, came to regret that he cheated himself out of a hedonistic youth.

Although he is not sure that Heaven and Hell exist, he is certain that if Hell does exist, his soul is consigned to it. Since he, therefore, has nothing to lose he conjures the devil and exchanges his soul (which he conceded was likely lost anyway) for the restoration of his youth. As part of the bargain, the Devil agrees to make him, in effect, sexually irresistable to anyone whom he would wish to have.

The Devil knows that Faust would find a particular type of woman alluring and closes the deal by showing him a vision of Marguerite. But the Devil has no intention of leaving things at the level of imagination. He transforms Faust into precisely the form that he knows will be most attractive to Marguerite and coaches Faust on what words of love she would find most affecting.

[Below: A pregnant Marguerite (Patricia Racette) prays in church for her soul’s salvation; edited image, based on a Cory Weaver photograph, courtesy of the San Francisco Opera.] 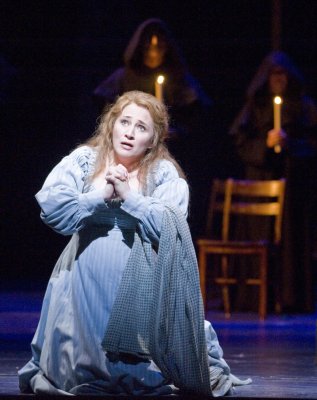 But the manipulative vicitimization of Marguerite, her undesired pregnancy, and her post-partum murder of her child is at the heart of the story that attracted Gounod and his librettists. It’s a rough and raw story right there in the midst of all of that beautiful music. There is nothing in the standard repertoire that can match it.

Once you begin to think in terms of the story line in this way, then the music itself takes on a new interest. Gounod, of course, was one of the greatest of all composers of church music, be it for Catholic churches in Paris or Anglican churches in London. It is an extraordinary idea to represent, as choruses of heavenly beings, those forces in the opera that see through the devil’s schemes and who understand and forgive Marguerite’s plight . And Gounod has a thematic style for the forces of evil also, that syncopated rhythm that we hear not only in Mephistopheles’ set numbers like the “Calf of Gold” and “Serenade”, but in the background in almost any scene in which the Devil appears.

There was a story printed in Opera News in the 1950s about a Soviet performance of “Faust” that ended when Mephistopheles pronounces Marguerite “Condemned”, eliminating what is called the “Apotheosis” or the appearance of angels to seize Marguerite out of the clutches of the Devil so that she can ascend to heaven. Obviously, there were some people long before Ms Waleson who squirmed in their seats at the thought of the Opera ending with harps and seraphic choirs heralding Marguerite’s salvation.

Gounod and his librettists rejected the sequence of events that Goethe wrote occurs after the apotheosis. In Goethe’s “Faust Part II”, Faust spends years savoring the company of all the great world temptresses, and decides that he liked Marguerite the best. Since he had engaged in philanthropic enterprises for many years, the angels reappear to steal Faust away from Mephistopheles and take him to heaven to be united with Marguerite. We need a lot more information on what Marguerite was thinking and doing up there in heaven in the ensuing years to figure out what the after-life reaquaintance in the Goethe version might have been like.

But whether one regards the devil and angel characters as literal or metaphorical, I think Gounod’s “Faust” has a 21st feel to it. Gounod and company, I think, got the story right for our times. Faust, whose professions of love ultimately have an evil basis, deserves the condemnation that he receives in the Gounod opera, as does Marguerite her exoneration.

For the predecessor essay, see: The Devil’s Details Part I – The Cox-Hockney “Rake’s Progress”