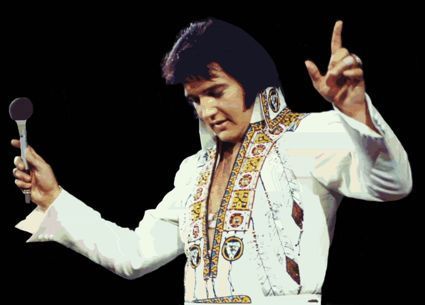 Fifty years ago, the Standard Opera Repertory was narrower than it is today. In the United States, impresarios such as Sir Rudolph Bing at the Metropolitan Opera and the newly empowered Kurt Herbert Adler at the San Francisco Opera set out to increase the number of operas that could be considered standard fare. And they succeeded. 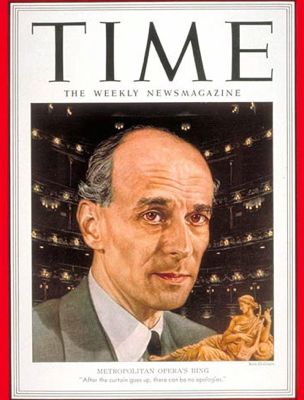 At least one opera that was on the fringes of the repertory – Puccini’s “Turandot” – now firmly holds its place in the repertory’s center, and in many opera houses probably has more performances than “Aida” and “Faust”. Richard Strauss’ “Ariadne auf Naxos” was virtually unknown in the United States, and now is performed often. A couple of older operas that had been performed reasonably often almost until the 1950s – Flotow’s “Martha” and Delibes’ “Lakmé” – appear to have faded into obscurity, and new productions of a couple of verismo operas – particularly Montemezzi’s “L’Amore dei Tre Re” – are almost non-existent.

The enrichment of the repertory has been of great advantage to partisans of Verdi’s operas. “Ballo in Maschera” and “Otello”, never in danger of being forgotten, are secure in the Repertory, as is “Simon Boccanegra”, “Forza del Destino”, Don Carlo” and “Falstaff”. Early Verdi is less a novelty than before. “Nabucco”, “Ernani”, “Luisa Miller” and “I Vespri Siciliani” rarely stay out of a major opera house’s repertory for an entire generation.

I recall a music teacher pronouncing in the 1950s that Wagner was “old hat”. In 2005 any opera house that announces they will perform a Wagnerian opera is almost certain of waiting lists for tickets. In 1955, it was still unusual for most opera houses to perform all four operas of “the Ring”, so that even confirmed Wagnerians had only sketchy ideas of all that was in “Götterdämmerung”. Yet, in the ensuing decades, all ten operas composed by Wagner from “Der fliegende Holländer” to “Parsifal” appear to achieved the eternity that Wotan had hoped for Valhalla. No other composer of multiple operas has their entire mature output secure in the Standard Repertory – not Mozart, not Verdi, not Puccini, not Richard Strauss. 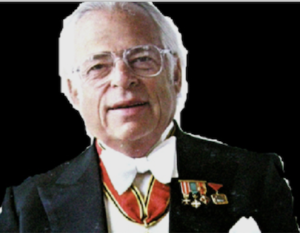 In 1955, it was still debated whether opera should be presented in the vernacular of the country. We would always get Russian opera translated into English. When Kurt H. Adler decided it was time for San Francisco to be introduced to Janacek’s operas we had “The Makropoulos Case” in English. Since this was the Cold War, and we did not have access to the stars of the Bolshoi and Kirov operas, nor to the Eastern European opera houses, this seemed logical at the time. So did the idea of native Italian speakers performing Italian operas and native German speakers performing German operas.

Of course, in World War II and the early postwar period, the political leanings of this or that German or Italian singer were scrutinized by opera house managements. (The existence of Vichy France also impacted the supply of French speaking singers.) San Francisco apparently forgave alleged trespasses or determined that certain singers were unfairly blamed for their war activities at an earlier date than the Met, and they did have some major international stars before New York did.

The big change from 1955 and earlier was the disconnect between native speakers and operas in their language. This was first noticed among the French speakers. Listen to how words are pronounced in French opera recordings with French casts from the first part of the 20th century, as opposed to recordings from the 1950s on. (As an extreme example, one can compare them with Joan Sutherland’s performance of Marguerite in “Faust”. She was able to achieve her extraordinary vocal techniques in part by simply dropping most of the consonants, so a cynic could say that it hardly matters what language she is singing.)

[Below: Soprano Joan Sutherland; resized image of a promotional photograph from about.com.] 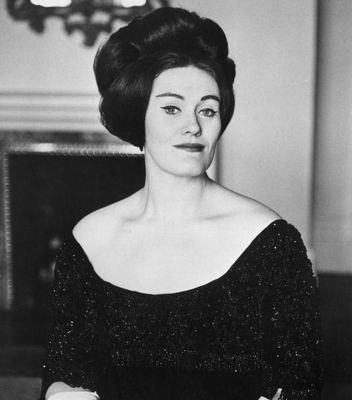 One of the ways the Standard Repertory has expanded is the inclusion of more Russian and Eastern European works. Mussorgsky’s “Boris Godounoff” has had a hold on American audiences throughout the 20th century (even if performed in English or Italian), but Tchaikovsky’s “Eugene Onegin” and especially “Pikovaia Dama” (Queen of Spades) are now entrenched also. The biggest surprise of all is the addition of operas of Janacek, particularly “Katya Kabanova” and “Jenufa” to the group of operas that are performed often enough that they need not be called “novelties”.

Equally surprising is the expectation that young opera singers that wish to achieve world-class status should include Russian and Czech, in addition to Italian, German, French and English (the latter for Benjamin Britten’s operas and some others), as languages in which they are prepared to perform. Thus, a superior voice (especially if accompanied by superior acting abilities) trumps native proficiency in a language in deciding who should be cast as what.

The advent of vinyl, far easier to handle than 78 records, led to the long-play record, affectionately called the LP. And what is more long play than opera? Also, many of the record companies regarded their opera catalogues as prestigious, and often very profitable. Among the very earliest of RCA Victor’s “million selling” records, was Enrico Caruso’s Vesti la giubba from Leoncavallo’s “Pagliacci”. 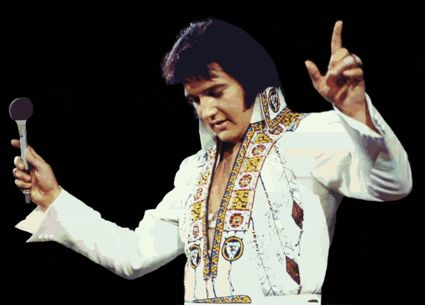 I suspect, to a degree that few in the world of culture would agree with, that the disconnect between singers who are native speakers of a language and operas in that language, was accelerated by the profitability of Rock and Roll. RCA Victor, of course, had Elvis Presley and others, and the major companies that competed with RCA signed pacts with other rockers. As the rock money gushed in, the classical divisions benefited. Operatic divas and divos have captured the public imagination throughout the history of the Standard Repertory and earlier.

However, the 1950s also brought simultaneously television and the LP It also brought operatic voices to the attention of consumers of television and records. The phenomenon of Maria Callas, her supposed rivalry with Renata Tebaldi, the ascendency of Leontyne Price and Joan Sutherland to stardom in the early 1960s, followed almost immediately by the emergence of Luciano Pavarotti and then Placido Domingo, were media events. The rockers churned out extreme profits for the record companies. Their classical labels signed each of these superstars and Sills, Caballe and Corelli and so on.

[Below: Soprano Maria Callas; resized image of a promotional photograph, from about.com.] 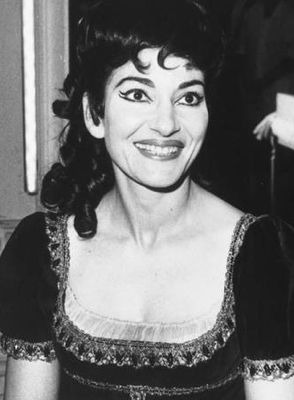 Callas explored the less familiar territory of such bel canto wonders as Bellini’s “I Puritani” and Tebaldi recorded Cilea’s “Adriana Lecouvreur”, Catalani’s “La Wally” and Puccini’s “La Fanciulla del West”. By the 1960s record companies were beginning to explore the lesser known works of the major operatic composers. One can now own at least one major studio production of the two dozen plus Verdi operas, and almost all of Bellini, Rossini and Donizetti.

Another major expansion of the repertory was the opening of all of the traditional cuts in the Standard Repertory operas, that stage directors, impresarios and probably also some of the singers themselves had established as conventions. (I never heard a tenor in live performance sing the repeat in “Di Quella Pira” from “Il Trovatore” until the 21st century.) Suddenly, we were treated in our LPs to parts of Donizetti’s “Lucia di Lammermoor” and Verdi’s “Il Trovatore” we had not heard performed before. It became prestigious for opera companies to restore the cuts.

It became the goal of recording companies to assemble “festival casts” – the most famous (and presumably the best) international stars for each role in their recordings, constrained, of course, by the exclusive recording contracts that most of the superstars signed. If Domingo, a native Spanish speaker, and Price, an English speaker from America’s South, were the leading dramatic tenor and dramatic soprano available to you, who would sell more records (and more tickets) than anyone else you can think of, what then would be the point of seeking a lesser known person for an Italian opera, simply on the criterion that they are native Italian speakers and have been trained in the nuances of the Italianate style? 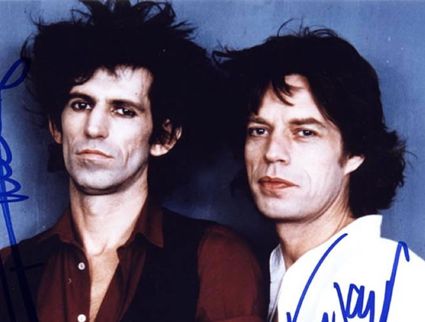 This led to another factor not present in the 1940s – the development of an opera company’s schedule to accommodate the recent releases of a recording company. If Record Company A was promoting their recording of “Opera B” with Soprano C, Tenor D and Baritone E, why not coordinate availability of the stars (now wildly more popular than ever before due to their LPs and television appearances) to their newest recordings? You as an impresario were hoping to produce Operas F, G, and H with Soprano C and Tenor J, whom you regard as the very best casts imaginable for these three works. Soprano C, crucial to the project, informs you that she will only be singing Opera B (preferably with Tenor D and Baritone E) that year throughout the world, in cross-promotion with her record company. She will consent to Opera G two years hence, because she is scheduled to record it then. And Tenor J has his own ideas of what should be mounted for him.

Unquestionably, these factors described above, all have contributed to making the World of Opera in 2005, different in many ways from the World of Opera in 1955. The Standard Repertory is larger, to be sure. But a striking fact of the enlargement is that most of the expansion has been within the time period bracketed by “Le Nozze di Figaro” and “Turandot”. Everyone who talked about repertory expansion in 1955, assumed this meant new works that would catch the public’s attention and a growth of appreciation of post-Turandot (not a term anyone has ever used) fare.

My own guess is that Britten’s “Billy Budd” will continue to grow in popularity and is almost at a point where one can begin to predict that it will take its place in the Standard Repertory. There will be some productions of operas from the 1930s on that will sell out the small European opera theaters and perhaps even the large houses in the U. S. and elsewhere, if the number of performances is constrained. Britten’s “Peter Grimes” and “Death in Venice”, Poulenc’s “Dialogues of the Carmelites”, Berg’s “Wozzeck” and “Lulu”, Stravinsky’s “Rake’s Progress”, and operas of Prokofiev and Shostakovich have shown the ability to sustain some interest, and there are others that could and should be included in this list.

“Turandot” and “Lulu” were almost contemporaneous compositions, yet I forsee the popularity of “Turandot” accelerating and “Lulu” never catching up any ground on it. If anything, I would suspect that fewer people leaving a performance of “Turandot” utter the words “never again” than those leaving “Lulu”. My prediction is not meant to denigrate “Lulu” nor Berg’s music, but is my perception of the reaction of sizable parts of the opera-going public.